What Happens When You Kill A King

One does not simply kill a King. Regicide is a divine act.

They who have been pre-ordained to rule bear special metaphysical protections. The divine order does not treat breaches lightly. By birth all peoples are originally bound by their social contracts. Should this contract be one of divine right, then to commit regicide is to declare loudly that one is no longer submissive to the Gods.

The offended gods send an Aasimar, a celestial bailiff, to murder they who slew their king. The Aasimar sees this as a kind of arrest, rather than manslaughter - lawful under the divine order. To this end they are authorized to deputize those who they deem fit, and frequently garner support from clerics and fearful civilians in their mission. Their intentions are always preeminently declared three days ahead of time, by celestial messenger, heavenly choir, black spot, a plague, or whatever methods assassins declare themselves.

In order to properly ensure that the accused is brought to the correct realm, the Aasimar must murder the accused in a specific way. To this end the Aasimar are each specialized in causing a specific kind of death. One may need to slay their quarry in combat. Another might need to seduce their target into committing suicide by overdose. One might need a mob to lynch the kingkiller by hanging. Another might need to behead their target.

This can be a very tricky business, especially for offended gods in less-than-violent domains, but the Aasimar is a clever practiced assassin. And they're very patient.

Oftentimes the accused will attempt to escape justice by killing themselves in a manner opposite that which the Aasimar requires, or otherwise try to evade assassination by ruse and trickery. The Aasimar has many resources at their disposal, yes, but they are mortal. They're a person with a job via de facto nepotism. They can be fooled.

The most frequent legends across cultures of fooled Aasimars involve twins. Twins are difficult to distinguish by divine mechanism, and so those kingkillers who escaped capture often pinned the murder on identical siblings. The most infamous of these legends involved elf known as Lin, who used his three identical twin brothers as scapegoats to strategically murder three kings in succession, thereby ending the Dynasty of Gol.

If the Aasimar is killed or fails to report back in a certain period then calamity is likely to ensue. Depending on the god this can be anything from the metaphysical equivalent of swarming cops, to celestial SWAT teams, to wholesale indiscriminate retributory apocalypse.

A philosopher by the name of Pintius once named it The Regicide's Curse. He claimed that killing a King produces a particular madness in the murderer that made them paranoid, distrustful, and barbarous - a curse befitting from the gods.

He was correct about the symptoms, but he failed to see that it was not manifested in the killer, but in everyone else. 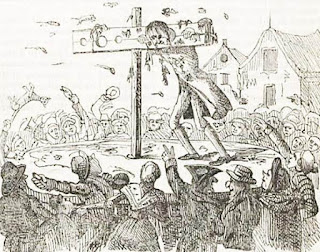 It is a collective madness of people trapped, willingly or unwillingly, known or unknown, within a social order. The only ones who find themselves immunized to it are independents: the ungovernable, the rebels, the hobos, the practitioners of rogue religions and authorities.

It starts with a gut feeling. Smiles turn to frowns at sight of your face. Distrustful stares become hateful. People spit at your feet and curse you while walking past. Guards turn you away at the gates. Merchants refuse to sell you goods. Beggars will throw back your money. You become a pariah. Then an outlaw. Then something worse. In its final progressions Nature itself turns on you: bugs will burrow into your beds, dogs will choke upon their chains to bite you, vines will reap at your ankles, and flowers die rather than be held in your hands. You become a solitary soldier in a war against all. This effects your companions for as long as they remain with you.

Functionally, this acts as a penalty to Reaction Roll that continuously escalates. -1 per Week. People will treat the regicide and whatever company they keep with less and less friendliness day by day, week by week until repulsion and hostility is inevitable. The only people immune to this are the vagrants of society: philosophical anarchistic rebels, desolate hermits, and strange cults. After hostility is guaranteed among normal people (12 Weeks) the Reaction Roll penalty begins to apply to Nature as well.

Strike down a King and you will never be rid of them. Their shade is now bound to you forever, a scar upon your soul. This ghost is completely undetectable to all but the murderer by any and all means. It holds the personality of its monarch, and will torment its murderer in ways most appropriate to its person. 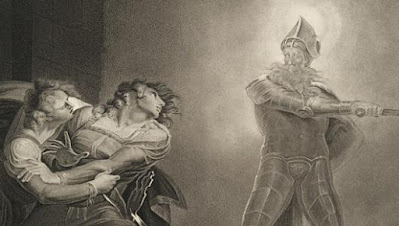 The shade cannot do much more than make noise and talk. This is enough. It will watch you when you sleep. If you're having a pleasant dream it will stir you with wailing and moaning. If you're having a nightmare it will leave you be. It will become your worst critic. When you fail it will laugh, and when you succeed it will try to steal the victory out of your mouth. 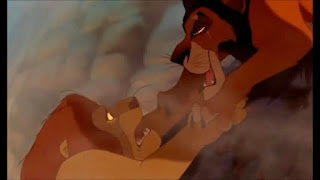 If you have claim to the title you can scoop it up. Have a religious figure declare you the new King. It's a lot of responsibility. Good luck!

Or you can cheat. Happens all the time with Kings. Lucky for them, the piety isn't as important as the gesture. The gods aren't looking that closely, anyway. You can get away with a surprising amount when cutting corners when becoming a King. Your predecessor killed all the clerics? Just make your nephew the new head of the church. Don't have an established right to rule by lineage? Just spread a bunch of stories about how your great-great-grandfather screwed Tiamat or something. Don't have a legitimate claim? Just make one up!

"Pray, pray young man,
for the return of the gods' tormenting attention."

When the gods avert their gaze in shame or rage, sins are no longer recorded or remembered. Anything that happens in this place in this period will carry no mark into the afterlife. The teacher has left the classroom, the warden and the guards have all disappeared, the celestial police are on strike.

The timeframe before the vacuum is filled can be years long or hours short. For opportunists of all stripes, this presents the possibility of a lifetime. It's really a question, first and foremost, about who or what can mobilize first.

Interests - power-hungry nobles, revolutionaries, freedom fighters. All have a vested interest in the Anarchy. If you have an agenda then this is your time to assert power and usurp the previous regime's legitimacy.

Secret Cults - The best time to stab a god is when they're not looking. The best time to cheat at the game is when your opponent's back is turned. Whether they're trying to attack and dethrone a god or rearrange the pieces of the metaphysical game of life, the Anarchy is the time. People plot for centuries for a moment like this, culting and counter-culting in a Great Game of religion and power.

Clerics - The worst of them all. They'll go nuts. Absolutely nuts. They'll go Lord of the Flies, they'll go postal, they'll engage in witch hunts and mass suicides and serial-killer escapades. They're going to be the first to find out that the gods aren't watching when their divine magic starts to fail. What they lose in magical power they gain in desperation.

Or, they might try and form a conspiracy to conceal it. As long as nobody finds out that the clerics no longer have their magic, perhaps they can buy enough time before the divine power vacuum is filled to avoid chaos and preserve their institutions.

Beasts - The extradimensional equivalent of a bear rummaging through your trash. All sorts of 'things' that are normally hedged out might become curious and venture into the world. Most of these Beasts From Beyond are completely harmless to people, and might even be beneficial, but every so often something predatory comes along that gets disproportional attention and goes on a killing spree or sets up a lair: a mind flayer, an aboleth, a purple worm. Something alien and horrible.

Ordinary people are, strangely, likely to be completely unaffected by the Anarchy, provided they can stay away from any clerics or ambitious people with armies. They might encounter some weird things at increased frequency, but more often then not these things are harmless and as scared of people as they are of them.

It can even be very desirable in some instances. The coming of 'spirits' and other Beasts From Beyond can be enriching in a number of ways. It can grant access to rare resources not normally available, and expose people to strange forces that grant them particular insight. It can be very profitable, both in a materialistic and spiritual sense. 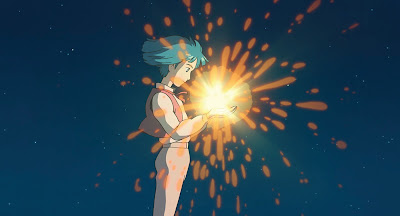 Each of the Classes of magic user came about in such a way - Druids, Sorcerers, Monks, Paladins, Warlocks, Wizards, and even Clerics found their roots established during Anarchical periods. The oldest of these, the Warlock, has remained fundamentally unchanged since the very first Pacts were formed. Others, such as the Druidic tradition in particular, have evolved drastically over time, though the foundation of their magic remains unaltered. It is likened to a renovated cathedral: the cornerstone remains the same, but bits and pieces can change. Or, perhaps to some, a Ship of Theseus.