The Black Crater is a landmark within Wizard City. It itself is the product of a magical mishap the approximate size of six city blocks. To this day, nobody is exactly sure what happened, though it has now resulted in site of pilgrimage for those visiting whispering prophecies of the Pit of Portents and/or those wanting to throw things down the bottomless pit.

The entire desolation is a spongy black-as-soot waste. Nothing grows in it. Nothing can be built on it. Anything spending inordinate amounts of time standing still in the Black Crater simply sinks into the ground at a pace of 4cm / hour. This has given rise to the speculation that the Crater is in fact a portal to another dimension, and that might be true.

Not more than three stones-throws from The Low Moon in Wizard City lies the labyrinth of alleys, store fronts, and greenhouses that encompass the city's necromantic and horticultural hub. These interconnected attractions are collectively known as The Hothouse, and it is the principle base of operations of The Dead Janes. 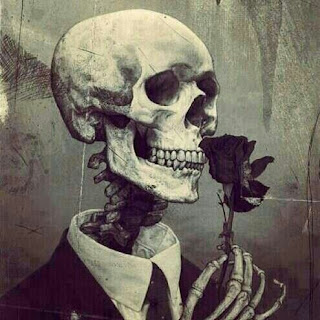 "You want it hot, or you want it cold?", ask the gatekeepers at the neighborhood's entrances, dressed like psychopomps and smelling of romantic flowers masking embalming fluid.

If you want it HOT, the following attractions are available...

Beggar's Pricker: A parasitic bramble thorn typical in desert climates. Catches on to mammals and slowly siphons off the blood as a water and nutrient source. Produces a toxin which causes its host ignore it. Rending wounds caused by the thorns often get infected and untreated, eventually causing severe illness and death.
Dead Man's Bouquet:  A purple rose species, preferring damp cavities. If planted within the eye sockets of a fresh corpse it will bloom into the visage of the last thing the dead person saw while alive.
Lichefinger: The matured stamen of this species are needle-thin, sharp, and virtually indestructible. While historically used to make jeweler's tools, it's now most frequently used for surgery and assassination.
Killer Queen: Red petals, black stems. One prick of the thorn contains enough neurotoxin to put the unfortunate person into a semi-permanent coma. They say true love's kiss will dispel it, but that's a villainously-crafted lie. Very convenient for preserving bodies and luring rivals' true loves.
Widowguard: Black rose crossed with strangling vines. The roots will worm its way into nearby muscular-skeletal structures and animate them for its own defense. Capable of delivering strong pulses of electricity like a jellyfish.