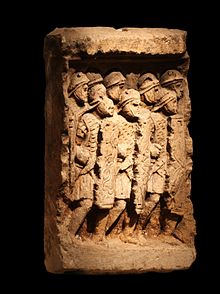 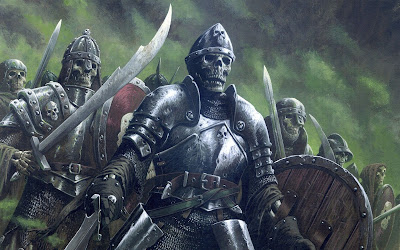 With the conclusion of my previous campaign and the freeing up of space, I do believe I am now ready to playtest this puppy I've been working on called Wizard City.

Ladies, gentlemen, and brains-in-jars, we shall be using the GLOG!

Welcome to the second ever Wizard City campaign! (I can’t take credit for the first, Anne beat me to it!) This right here is a guide for making your first, second, and potentially last characters for the campaign.

We will be using Skerples’ Many Rats on Sticks of the GLOG.

You are a freshman at the University of Chronulus, Wizard City - a city full of wizards. Wizard City is a dangerous place, especially for a student such as yourself. You will be expected to brave many hazards during your undergraduate experience, and it’s more than likely several things will attempt to kill you during your studies.

Wizard City is a large and strange place, full of wizard criminal gangs, magi-oligarchs, mad scientists, half-robots, and poor students like yourself. Many students never survive to graduate, and even fewer decide to continue their studies beyond that. As a student, you are at the bottom of the barrel in terms of power: everyone sees you as a disposable asset. However… You are a wizard! Even weak wizards can be dangerous.

What follows is a list of questions for you to consider, with the help of the GM, when determining aspects of your character.

WHAT MAJOR AM I TAKING?

Your studies will be a reflection of what Wizard templates you choose to take. This is largely up to you to determine, and for you to coordinate with the GM. What your major/templates are will determine which University Department you primarily interact with.

Don’t fret too much about trying to match your class with a Department.

HOW DO I GET SPELLGOLD?

Spellgold is the primary currency in Wizard City. Virtually all commercial things are paid in it, from food to rent to textbooks. You can get it several ways:

WHAT’S THE GOAL OF THE CAMPAIGN?

Well, traditionally it’s to survive until graduation... But really it’s up to you and the consensus of the group as to what you want to do during your time in Wizard City.

Keep in mind, though, this campaign will be limited in scope. There is a world beyond Wizard City, but we won’t interact with it (for the most part). It may be alluded to, but venturing beyond the city limits will exist extra-narratively, if at all.

I also do not have plans to continue it indefinitely. This campaign will run for a limited number of sessions. Ideally we’ll be looking at 1-2 sessions per Trimester Break, resulting in around 12-24ish sessions overall, each 3 Hours in length. (I have a habit of underestimating how long things’ll take, though, so maybe double that.) Understand that your time in-game is limited, and make the best use of it.

10 Spellgold can be consumed like a Magic Die in order to cast a spell that you know, or have a spell scroll for. All wizards can turn their MD into Spellgold at a rate of 1 MD = 1 Spellgold. This process takes 1 Hour.

Every academic year is composed of three trimesters, preceded by three breaks. Because being a student is hard, everyone will only have time to adventure during these breaks. The rest of the time is spent doing off-screen studying, taking classes, working for minimum wage, etc.

Each break is only 2 days long. Each day is 10 Hours long (Wizard City uses metric time. 1 Day = 10 Hours = 1000 Minutes.) When break comes to a conclusion classes will resume, and any adventuring comes to a halt (dungeon expeditions, quests, and all between get abandoned).

Every trimester start with an additional 2d6 Spellgold, representing MD you managed to spare.

As a student, you’ve got bills to pay on a trimester basis:

Failure to meet these bills means during the next trimester you’ll respectively be: starving, homeless, or hunted by the Bank Inerrable. Additionally, there may be additional bills:

These materials have commercial costs as follows:

At the end of every trimester all students will make one ability check per class to determine whether they’re passing it or not. This is traditionally representative of one’s grades on a midterm or endterm test/paper.

Roll-under the requested stat on a d20, and you’ve passed. This check can be modified with bonuses, penalties, and everything in-between according to how prepared you are (with materials obtained during breaks) and potential random occurrences.

Certain objects, relationships, or loot can grant you bonuses. Injuries, getting on peoples’ shit-lists, or being lost in time and space can grant you penalties.

The standard number of classes for a student is 6. Students can take additional classes, but doing so increases their workload and provides a -2 penalty per extra class taken on all of their classes.

While everyone will start as a wizard, certain GLOG templates will become available after certain achievements have been met. Classes can be found here.

These classes do not progress normally as Wizards. Instead, to gain templates one must acquire and spend an amount of spellgold equal to the XP requirements on page A-9.