The following is a list of magic spells that can become available to the players in the Everlasting Summer. Utilizes the Underneath system.

Costs remain hidden from the Players. You (the GM) know what they are, but the players should not. If the spells are ever reduced to a simple cost/benefit analysis, then they shall cease to seem dangerous, scary, and unknowable.

BANISHMENT OF THE NORTHERN WIND

(To postpone the threat of the Old God for a period of 47 Years, this ritual must be performed. Descriptions of the ritual can be found in the Wizard's Observation Tower, the Lighthouse, the Witch's Hut, or the hidden safe within the Devart Mansion.) 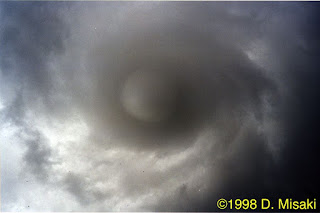 The Banishment Requires the following reagents:

The Ritual of Purity requires powdered alicorn, the unicorn's horn, mixed with fresh human blood. This can either be obtained by:
1) Slaying / trapping / mutilating The Unicorn.
2) Harvesting/Stealing the Unicorn's Horn mushroom from the Witch's Garden.
3) Diving deep into Lake Superior and dredging up the Alicorn-Coral.
4) Powdering narwhal tusk.
This mixture is painted upon the person who is to be betrothed, who is to be a woman who has had at least one period, and who has not had children, chanting the words "A'aqur harbath... A'aqur harbath... A'aqur harbath..." Once complete, the betrothed may enter the ritual circle. If she has not been purified, then she will vaporize on the spot, along with all nearby observers.
If successful, winds will blow during the ritual setup. Thunderstorms will appear. During the final chanting of the incantation a rope tornado will descend from the sky and pick up the betrothed, who will forever disappear into the sky. The banishment will then be complete.
((Secret Fact: The Ritual of Purity can actually be performed on anyone of any sex, age, or disposition successfully. The gendered nature is a holdover from the very first successful use of the ritual, which just so happened to use a young woman. It has not changed since nobody has been willing to experiment with a ritual that, if done incorrectly, results in the deaths of the caster and all nearby observers.))
WINDS OF A'AQUR
A'AQUR, that which chases the flashpoint of the end. The great entropic force bears winds of incalculable destruction. To wield just a tiny fraction is shattering. The winds of the North bear such heat and force as to turn its target to ash.

Costs: 1 Instinct and Body for every Day that's eclipsed since the start of the Everlasting Summer.
Effect: Deal 3 Hits to the target.
Requires 1 Round of preparation and chanting.
If this reduces the target to 0 Hits, it disintegrates, leaving nothing but black ash on the nearby terrain.
FORESIGHT 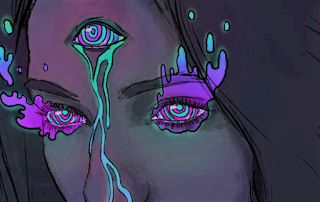 Invoke the Middle Eye. See what the future holds.
Costs: Roll one 1d6 per times used. Takes one 1) Resolve 2) Instinct 3) Body 4) Empathy 5) Insight 6) Nothing
Effect: The Game Master rolls the next random encounter and shares with you, and only you, the result. You immediate gain knowledge of it - it's Name, Appearance, and Attacks (if any).
IMPRISONMENT OF THE UNICORN 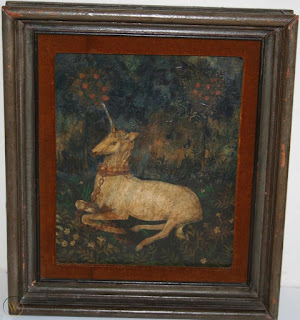 To capture the unicorn and harvest its magical flesh requires one who is pure of spirit and one whose soul is black as nothing.
Required Materials: A noose of cold iron or of gold, attached to a sturdy chain, fashioned by one of ancient royal blood.
Costs: The Hunter: 3 Maximum Empathy.
The Pure: 2 Maximum Resolve.
Effect: The one pure of spirit places the noose upon the unicorn, entrapping it. When this happens, it cannot use magic or resist its captors in any way. It can, however, speak.
THE POISONED APPLE
A favorite product of banished horticultural witches. The effort and careful long term preparations of this spell make it very difficult to produce: if the sprouting apple tree is not fed with blood for even a single day then the brew will simply be poisonous and produce no charm. 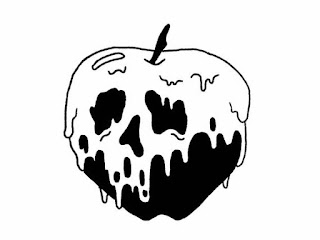 Required Materials: An apple tree, fed with the blood of the caster every day until it sprouts fruit. The brew which it is dipped in requires Hemlock, Giant Hogweed, and Deadly Nightshade.
Costs: Reduces number of remaining years by half. (Halves Body)
Effect: Produces a bountiful red apple of pristine quality and comeliness. That which eats the apple will become charmed. It will operates under your commands in a despondent fugue for three days, after which it shall enter into an endless coma.
BANISHMENT OF THE TROLL
The Troll is an enduring creature. Its regeneration ensures that even the smallest pieces will eventually reform into the great totality. 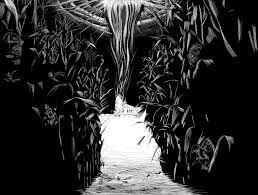 Required Materials: A Flame of Alexandria (Simply, any flame made by burning books, scrolls, or magical incantations.) Approximately three gallons of grease derived from pigs, cows, or fish.
Costs: 1 Resolve per Meat consumed during Adventure.
Effect: The Troll must first be slain or incapacitated by reducing it to 0 Hits in Combat. Then every one of its pieces must be collected, mixed with the grease, then lit on fire by bringing it to 310 C using the Flame of Alexandria. Once this is done The Troll will evaporate and be permanently destroyed.
THE BODY ELECTRIC
A development of Arthur Conrad, Third Keeper of the Cult Electric. In order to cast the spell, the caster must undergo a conscious electroconvulsive therapy session. This procedure is excruciatingly painful, and can easily result in the deaths of frail individuals.
The procedure always changes a person's personality, often in opposing ways: if they were kind they may grow cruel, if they were lazy they may grow obsessively motivated, if they were dissociative they may become sober, or vice versa.
Required Materials: An electroconvulsive therapy (ECT) machine, four metal pylons arranged in a parallelogram around the to-be caster's head. A series of five lightbulbs in parallel, which the person undergoing the procedure is to stare at.
Costs: Initial procedure costs 2 Body. Each cast costs 1 Empathy per switch explicitly flipped since the procedure was instituted. Resets every time the player explicitly discharges static electricity. (min. 1)
Effect: Allows the caster to 'read' electrical equipment by touching exposed wires, giving them an innate sense of the extent of the networks involved, who might be observing them, and what might be contained within them.
The spellcaster may also do one of the following tasks:
REVEAL
Pierce your own eye. Unleash the iris-colored fog that will sweep across the hidden and unveil the truth.
Costs: 1 Eye, still attached. (-1 Instinct, -1 Body)
Effect: Exposes the true forms of anything within the immediate area. Low Insight Thresholds are disregarded, hidden objects and doors are revealed, and illusions are dispelled.
at October 29, 2020 No comments: 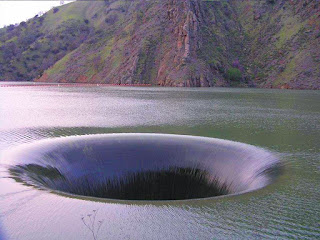 IT = Insight Threshold. For Underneath.

If Below Insight Threshold, Then Monster Appears as Low Insight Appearance.

*Will not interact or attack characters below its IT threshold.

**The Unicorn has multiple Insight Thresholds.