Lost in Time and Space

You looked into the light. You fell through the hole. You read the words on the page.

Where are you now?

You feel the rough flatweave against your cheek. Open your eyes: it's red. A tacky red - a red carpet reserved for midwestern motels and cheap dentists' offices. You lift your head: there is a door. A wooden door with a brass handle and a key-lock. To your left and right, similar doors. Behind you, more. You are in a hallway - a straight line - and either way there are doors upon doors. It seems to stretch forever.

There are numbers on the doors. You know that they are numbers but you know not what numbers they are. It hurts to look at them, like gazing at a magnifying fractal ad infinitum. It gives you a headache. This appears to be a hotel, but where are all the people?

What is that in that uncurving distance?

2. Waiting For A Train

You're sitting on a bench. Across, you see the sterile walls of a subway station. There's an advertisement for Marlboro Cigarettes featuring a vintage blonde riding a fresh pack.

There is a track ahead of you, going left and right into darkness. At this point you hear a man's voice: "Yeah... Sometimes the train is late." He's sitting on a bench behind you. Has he been here the whole time?

Straight black hair covers his neck. His face is weathered like basalt. He wears a black hat matching his black shoes and a grey trench coat for the rain, of which there is none. He has an umbrella.

Have a conversation with this man. There are no exits.

Eventually, the train will come. But are you at the station, or are you on the tracks? 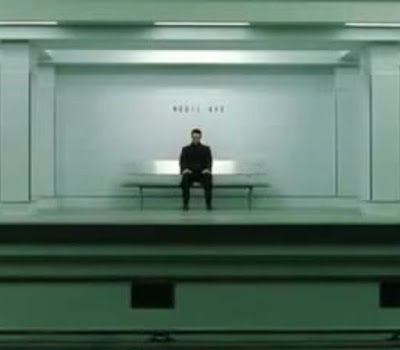 3. Dream Within The Dream

You'd taken a nasty fall. Surrounded by your compatriots. But something's wrong. Something's off about them. Eventually, they remove the skin of their faces.

It's night. The stars watch from above, blinking and twinkling in their distant radiance. Go to sleep.

You are on a beach, alone. It's Lake Superior. You've never been to Lake Superior. You see something on the waves - long-necked and bobbing like the drinking bird. An island bearing a single tree floats by, unbound by gravity.

You feel a cool breeze. Your feet sink, just so. You are on a beach, and the waves of the ocean lap up against your feet with somber tempo.

Ahead of you is the sea. Behind, there is sand. You stand at the meniscus: a beach curving endlessly in both directions between wet and dry deserts. Your footprints begin to disappear in the tide. You feel thirsty.

Perhaps, you see something. Is it mermaids? Wreathed in seaweed. They sing to each other, but not for you. 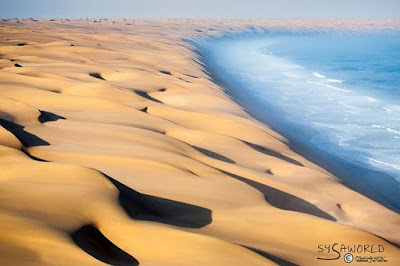 You see... you. You are watching yourself. Like a mirror reflection in a dark hall of mirrors. There is light here, but you know not from where.

You realize that you cannot blink. You can't see your nose, or the blur of your eyelashes. You try and wave your hand in front of your face and close your eyes and it does not become dark. You watch yourself try these things. You watch the terror on your own face begin to form. Do you scream?

You are not but a pair of ragged claws, scuttling across the floor of silent seas.

You are barely a basal ganglia. No, not even that.

7. Annulment of the Spheres

You stand upon the surface of a sphere. It curves in all directions. It stands in a void, along with you, alone. But not for long. Soon, there is another sphere, then another. More and more, spheres come streaming through the void, entering into interconnected orbits. They are brilliant radiances: stars contained within stars, magmatic planets, phasic nebulae, dashing comets.

They dance among themselves, you and your sphere within them, swirling about each other in gravitational ecstasy.

Then, a blinding light. Two of the spheres collide. An apocalyptic world-ending cataclysm: it produces sounds like the trumpets of heaven in Revelation: the noise of the end of the universe. It is followed by another cataclysmic crash, and another. One by one, then two by two and climbing, the spheres crash into each other, forming a great mass of gravitational annihilation.

Slowly, your sphere begins on its course towards the finality. At the end, you see the invisible strings pulling you in. A string for every sphere, tangled and ensnared. Something far above guides them to destruction. You wake. 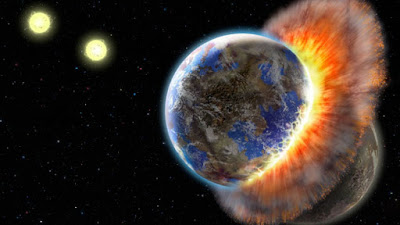 A phalanx of ice and stone. It advances. It retreats. It waxes. It ebbs. With every inhale it swallows rivers, blankets valleys, swells, filling the crenulations like capillaries. With every exhale it shatters, breaks piece by piece - it falls apart and dissolves. Layers form upon layers like ice cream cake.

You sense something, an imperceptible scent. Breathing gets harder. Like an aperture around your throat slowly closing in. An asthmatic wheeze as the slow motion vice closes around your lungs.

Pieces start falling out of place. Every inhale becomes more shallow, every exhale more choked. Your lungs are hemorrhaging air in a death crawl towards annihilation. It's like breathing through a drinking straw. You're drowning. Gulping like a fish.

You hear a woman screaming. She's in pain. It's white, white all around. There are people in the room: familiar people, and doctors. Are you one of these, familiar people, or doctors? They are not occupied by you. You are merely incidental. You are witnessing a birth. You recognize the woman. She is your mother, but much younger. The baby is you. You come out, screaming.

((If you should die during the adventure, this place will be revisited, along with your death.))

As you were, but... There's something familiar in the distance that was not there before. Some fixation of home: a city skyline, power lines imperiously carved through woods, fields of corn.

Your hands are mummified black. There is nothing left of them but unbleached bone.

Everything around you is melting. The flesh is gone, the organic is gone. The rocks and metals - the most permanent of things - are melting like butter in the microwave, unevenly with some indecipherable wave function.

The ants are coming to eat them as they decay. The enduring has become flesh and the flesh has become nothing. There will be naught but sand. Sand for all of time.