Lately I've been interested in the game World of Horror by Ysbryd Games. It's an early acesss single-player horror adventure game based around Lovecraftian themes with a heavy influence from Junji Ito: it's the 80's, you arrive in a small fishing town in Japan, someone is trying to awaken an Old God, and there are an usually high number of people without faces.

I've been interested in it not so much for the game itself (although it is interesting and fun, if a bit flawed), but for the way that it structures a horror campaign. It seems to take the format one would traditionally see in a board game like Arkham Horror or the like: with adventures essentially being a series of random skill checks that occasionally branch to multiple endings through a series of menus.

And while the game's two main mechanics - selecting options in menus and combat - aren't very translatable to tabletop (well... you could, but they'd be boring), there are some auxiliary features that would be cool to see in a horror adventure.

So, if I had to steal some ideas from this game to implement in a tabletop horror adventure, this is what I'd take.

#1: CHOOSE THE FORM OF THE DESTRUCTOR

In World of Horror, you (the player) get to choose at the beginning which Old God is awakening. Each one gives different random encounters and a unique penalty to your actions in-game. You know what's coming, but you don't know how. The how is the mystery. You are essentially given The Answer, and now you must find The Question.

It makes the stakes of the mystery clear right at the beginning: solve the mystery or the bad thing happens. 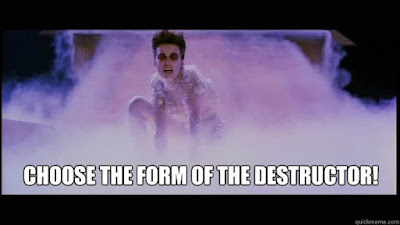 In a tabletop context, it would allow players to start drawing connections immediately between various events. It makes them constantly ask the question: how is this thing related to the bigger thing? Is this strangeness attributable to the Old God or not?

World of Horror doesn't do this great itself, as in-game each mystery is functionally completely independent (edit: 99% of the time) and you can only work at one at a time. In tabletop, we have no such restrictions: mysteries can be endlessly interconnected, multiple cases can be worked on simultaneously, and you can find clues for other mysteries within unrelated objectives. 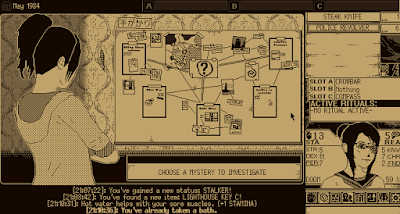 But I dig the format: five mini-mysteries. Each one maybe a session or two in length. Each culminating in some kind of clue, providing up to five clues that point towards the ultimate challenge.

I like the idea of forming a conspiracy corkboard. Each of the five mysteries starts as a rumor: either given to the players at character creation or introduced in the very first segment. Rumors must be investigated, which eventually point to people or places, which prompt further investigation.

In short: for every good action there is an equal and opposite reaction. There is a time limit on these mysteries. Every so often something gets worse: riots downtown, a portal opens in the woods, a horrible fog sweeps over the town, federal police block off the roads, etc. This can either be directly related to a completed mystery or totally random.

You see this a lot in cooperative board games like Arkham Horror, Dead of Winter, and Shadows Over Camelot.

For the Everlasting Summer, I have a table for this function. Whenever a mystery is resolved, some new doom menaces the town, rolled from a list made by the uncompleted mysteries.

Generate a list of common events and encounters you can use for nearly any exploration/mystery horror game you've got. Make them creepy. Get used to running them. Get the descriptive language down to a tee. Reuse them for multiple games or reruns of the adventure.

The idea is that the awakening of the Old God is like putting a fire under a decaying log: all the cultists and the monsters and the mad scientists and crazy prophets are going to come scurrying out from under the woodwork because they all innately know that the end is nigh. Society is breaking down, and in the nihilistic power vacuum all the misanthropic things are taking over.

The advantage of having a modular design to your adventure is that you can DIY and crowdsource all over it. Don't like a mini-mystery? Swap it out. Add endless encounters to the ever-growing horror democracy-style table. Automate it.

Because the game takes so much influence from Junji Ito, a good deal of the horror present is visually-based. It's about looking at really messed-up art straight out of someone's nightmares. This aspect is quite difficult to translate into tabletop, not least because describing horrific things balances on the knife's edge between silly and ineffective, but because simply describing some of these monsters can be difficult in and of itself.

A landmark of the slums of Wizard City, the Old Courthouse is a broken monument to the bygone era of justice and equity. It was the site of The Last Jury Trial of Wizard City, and since the implementation of the Secret Police has fallen into disrepair and disregard. 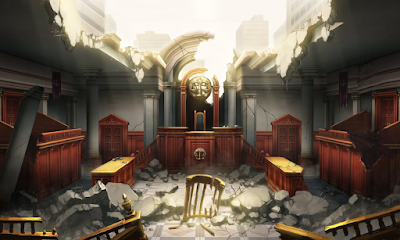 Since its abandonment, it has become a home for disaffected youth and a mecca for the orphans of wizard couplings. These orphans have a special relationship with magic, inherent to the transgenerational legacy of stuffing weird spells in one's brain. A number of developmental issues tend to emerge, including various degrees of preemptive brain maturation, enigmatic growth spurts, mutanous osteogenesis. and elevated frequency of Tower Syndrome.

The Courthouse is not without its institutions, however. It is the primary hangout of the Dirty Rascals - the children's criminal gang led by the ruthless 12-year old Sam (see epithets below). It is also the site of The Rascals' Court, in which disputes among wizard children are settled since none of them can get justice or recompense from the Secret Police or the Suit Courts without an adult.

These children, though never having seen any real court proceedings, have still ended up emulating it within their own orphan-gang society. It's not uncommon for issues among the children to be taken to The Rascals Court, presided over by the Girl Who Knows All The Rules - Sam (also known as 'Her Horror', 'Sam Wham', and 'Big Mean Gavel Girl'). Trials and hearing go about much how one is accustomed in a soap opera crime drama: with virtually no pretrial arrangements such as discovery and disposition, with a superabundance of surprise witnesses, and with absolutely no restrictions on entering the well.

The Jury is composed of fellow orphans (or if the guilty party is an adult, abducted people from the nearby neighborhood). The Court Reporter is typically the youngest member of the gang (and is just learning how to spell). The Bailiff is an eleven year old child's brain inside of a two-ton XK-9000 Bruiser Mo-RON battlesuit. The Prosecutor is always prepared.

If there's one thing that's been learned in Wizard City jurisprudence, it's that proving beyond reasonable doubt is 100% impossible when wizards are involved. In Wizard City, there is always a reasonable doubt. Thus was thrown out the jury trial in criminal proceedings in favor of instituting The Secret Police, the Office of Intellectual Property, and The Dean. 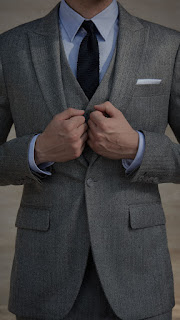 Civil proceedings, however, do not require reasonable doubt. In fact, they only require the disregard of most doubt. Say... 50% of the doubt? A much easier standard to achieve when wizard matters are involved.

And so the institution of the Civil Court was preserved. And it has evolved into what is now called The Suit Court - where one brings any sort of litigation involving MONEY. Where fortunes are broken and stolen! Where slaves are made of men and men are made free!

The Judge is accompanied by a Court stenographer and a host of bodyguards duty-and-money-bound to 'protect the sanctity and integrity of the Judge's person and mind'. Often pulled from the Secret Police as cushy prestigious late-stage career options, these Dread Bailiffs are trained to detect the faintest whiff of enchantment, of anything of a magical nature which may compromise the mind and body of the Judge. They will tackle you if you approach or cast at the Judge without permission, hence dirtying your suit, and drastically hurting your chances.
Your case in court will be judged on the presentation of your outfit first and the facts of the case second.
The more expensive, the more dignified, the more presentable your outfit, the greater the chance the Judge will rule in your favor. Hence, the worse your opponent's outfit is: the dirtier, the creasier, the more splattered with ketchup from lunch, the worse their chances.
The Court does not recommend sabotaging your opponent's clothes with 'childish food fight antics', 'paint explosions', or 'accidental projectile vomiting'. But it's not like this is a criminal proceeding: the Secret Police aren't going to throw you into a volcano for strategically spilled milk. And sometimes things beyond anyone's control happens! The Bailiffs aren't responsible for your safety during recesses. They certainly aren't responsible for what happens just outside the courtroom...
(Note: Your lawyer's outfit is just as important as yours is. Both must be presentable!)
All clothing being equal, however, it then comes down to facts, precedent, and logic. As argued by your lawyers.
You must merely convince the Judge with argument: that you have been dealt some great injustice and that your opponent's arguments have no merit. There is no jury to coerce. Only one rather old wizard.
After facts have been presented and final arguments have been made, the Judge will deliberate and a ruling will be issued. Typically judgements impose fines upon either the defendant or the accuser: amounts of spell-gold to be paid in lump sums or payment plans, to be negotiated by the Court Accountant (an underrated position in terms of power).
Judging Criteria
Typical Fines:
Theft: Value of the Items + dX% Interest
Murder of a Loved One: 1000 spellgold x Age of Victim (in Years) x dX
Intellectual Property Violation: Estimated Value of Theft + 100% Interest, and Recommended to Patent Police for Criminal Proceedings.
Injury to a Person: Cost of Medical Treatment at Victim's Doctor of Choice + Lawyers' Fees
Injury to a Person Resulting in Lost of Work Hours: Cost of Medical Treatment at Plaintiff's Doctor of Choice + Lost Productivity Costs to Plaintiff's Employer + Lawyers' Fees.
Injury to a Person's Property: Fraction of Item's Value proportional to Damages.
Inability to Procure Liquid Assets: Indenturement until Debts Paid.
Judges 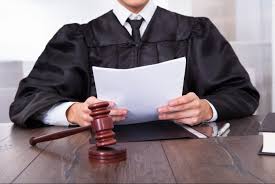 Judge Lawstab:
All dX's are 3d4's.
Judge Taff:
All dX's are 1d10's.
Judge Hathaway Press:
All dX's are 1d20-4's. If the result is negative, then Plaintiff must pay Defendant. If zero, Judge dismisses the case at conclusion.
Lawyers
All lawyers will argue for Defendants and Plaintiffs both.
Mr. Suit: 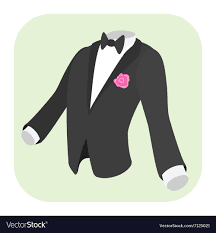