Now that we've covered the basics of molecular dungeon mapping, let's move on to some more advanced methods.

A common feature in a lot of complex organic molecules are Aromatic and Hydrogen Bonds.

Aromatic Bonds
You'll see this Benzene structure a lot in the following pictures (with Hydrogen not shown). For complicated reasons, I can't tell you how this is different from a handful of carbon with alternating double and single bonds. You'll just need to trust me. Because it's so common in big organic molecules, I recommend treating this as a different route category than double or single bonds.


Hydrogen Bonds
Hydrogen bonds, almost always between Hydrogen and either Oxygen or Nitrogen, are usually displayed as dashed or dotted lines. Because they're always connecting Hidden rooms with something else, I use these to represent Secret Passages.

Let's look at these two in Indigo Dye below:

We have two entrances (O), two Hidden Rooms (H) connected to the entrances by Secret Tunnels (Dashed Line) and Not Common rooms (N). Two high traffic areas to the west and east (those hexagons on either end). There's an Inconvenient Movement Hazard (Double Line in the middle) bridging the two halves.

Not, perhaps, the most well-designed or imagined dungeon layout. Having Dungeon Highways on the ends is weird. But it's serviceable. Maybe we're looking at two locked ships, or the Lair of the Binary Wizard.


The dashed line connections represent that the molecules are oriented in a direction away from the viewer (if they are solid black triangles, they'd represent going towards the viewer). We can treat these as stairs or elevation changes. So, if we pretend this entire dungeon is a flat plane, with us looking down on it from the sky, we have one Hidden Room on a lower elevation, and one Common Room on a higher elevation.

This molecule actually seems quite functional! I can see a cave complex here. Just needs some material to populate it and you're good to go.


What ho!
What about phosphate groups?! (Said exactly one person)
You'll find them in nucleotide-phosphates and DNA/RNA. Those are the things with a P surrounded by four O's.

I'd treat them as a single unit  PO4, so just a Pit (see previous post rules), 'cause four entrances around a pit is a bit redundant (or not, maybe, if we're talking about an open-air pit), and it's rare to find Phosphorus in an organic molecule without oxygen around it.

When it comes to organic molecules and metal ions, you tend to get two scenarios.
You get floaters like this guy here:
Let's say that this represents a Unique Entrance. A portal opening, a guarded gatehouse, a big talking demon head on the side of a mountain - that sorta stuff. 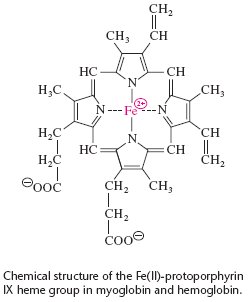 Whoo-ee! This dungeon is complicated. You've got Pits, tons of Special Rooms, and lots of Movement Hazards all around. Might be easier to split this up into four mini-dungeons, one for each nucleoside. Possibility exists that you could just chain these things forever (extending them along the squiggly lines) into a DNA-megadungeon.


Heed my jargon, I'm going to talk about some problems and limitations with this mapping system.

Someone out there who took O-Chem in college is going to note some flaws in the room coding system. For one, Halogens rarely exist outside of single bonds to one atom in organic molecules, so you'll nearly always get F, Cl, and Br on the end of a branch, instead of the middle.

Similarly, metal ions will never be covalently bonded, so all passages to treasure rooms will be hidden passages. They'll nearly always be surrounded by Oxygen or Nitrogen, and while the later is fine, the former is rather silly for layout (do you really want your treasure rooms right next to a handful of entrances?).

My suggestion to fix these problems is: re-label elements to mean whatever you want them to be. Go nuts! Use the molecules as a template rather than gospel and work that imagination. Ask yourself: what kind of dungeon does this molecule remind me of?

The Gallery
or
(Drugs Make the Best Dungeons) 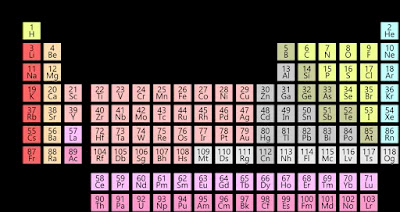 I wrote a low fantasy adventure that isn't about crazy wizards!

About mushrooms that grow on cow shit!

It has cows and doggos in it!


There are no maps. I got lazy and didn't need them when I ran it for my home group on a rainy day. Hopefully you know what a dairy farm looks like.

I shall consider this, along with Goldsoul Mines, to be candidates for attempting some layout work on. But that shall have to wait until I'm done scrambling to write stuff before I need to run it over the holidays.

*The old guy who told me this story was quite high on mushrooms at the time. I'm not sure if this enhances or diminishes the credibility of his tale.
at December 10, 2018 10 comments: