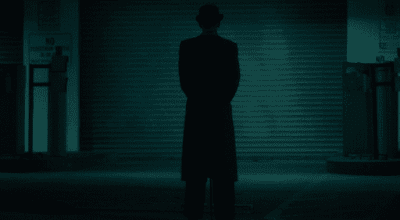 The Everlasting Summer is a very near future horror campaign for use with whatever game system you desire, though it comes with the Underneath companion system by default. If running it with another system, think about how to integrate or utilize the Insight mechanic, as either a replacement or supplement for Sanity.

My recommendations to you as a horror Game Master starts with this: be flexible. Terror is not best achieved with a calculative pedantic adherence to orthodoxy, nor is horror best achieved in the metaphorical bog of procedure. Hone your instincts during play and try to anticipate when it is a good time to show, when to hide, and when to hint.

Second, let the Players connect the dots. Even if those connections aren't what you intended or expected. Don't correct them with the omniscient voice of the Game Master, but rather soothe them with the unreliable voice of the narrator. "But if that's true..." you may say. "...then what does that mean?" It may not 'mean' anything. That can be scary, too.

Lastly, be ruthless. If the dice have deemed it so, if the players transgress, if they ignore the warning signs, if they misplace their trust then let the punishment come. It's okay - we all know we're playing a horror game. (Or at least we should all know. Tell your players this is a horror campaign, don't leave them guessing the genre.) Losing can be as fun as winning. In this genre it's often more fun.

The primary conceit of the Everlasting Summer campaign is this idea: that there exist terrible cosmic horror elder gods, but that one does not need to look to distant stars or realms beyond space and time to find them. You and I encounter them every day. We take them for granted, being so close and so central to humanity that to be rid of them would strip us down to primordial soup.

They are the Strife that leads us to violence. The Doom of mankind's ecological extinction. The State of our society. The Light that comforts us. The rabbit Hole we blindly crawl down.

Humanity gives birth to things it does not and cannot fully comprehend. They can only be peripherally glimpsed through the lens of philosophy, experienced in fits of raw emotion, or smelled in drug-fueled dreams. They live in the shadows of paleolithic walls, in ancient libraries, in the cruel edges of bayonets, and in social media. They exist in our minds, piece by piece, each to each.

Insight, the insanity mechanic of this campaign, is an abstract measurement of how much a person innately and unconsciously realizes this. As they experience the supernatural their Insight will climb. As they attempt to rationalize or forget what they've witnessed, Insight will fall. As their Insight climbs they begin to experience things differently. They see things as they 'truly' are. They begin to see the Platonic forms, the magic, the monsters. Things that don't like being seen.

The Player-Characters will not be heroes. They will be ordinary people with ordinary skills, driven to interrogate the truth in a desperate attrition-retreat from comfort. They will encounter things they likely won't understand. The closer to understanding they get, the closer the danger.