These rules are for use with the Underneath system, which makes use of a sanity mechanic to potentially have different player-characters seeing the same thing differently, simultaneously.

It's assumed that we're working within the horror genre here, although I suppose the same arbitration/narrative issue will crop up when dealing with any sort of diverged realities- be it hallucinogenic drugs, magical illusions, or whatnot.

When you're at the table, one of the unspoken assumptions is that all of the player-characters are essentially experiencing the same reality. This is derived as a matter of convenience - one Game Master, one reality. Having multiple realities simultaneously present necessitates a kind of narrative juggling which can be difficult to manage.

And in my experience if two realities are being experienced, the players will poke at it until it stops or they give up and leave. This can be difficult to narrate and reconcile. So here's a procedure for Underneath to help you as a GM. 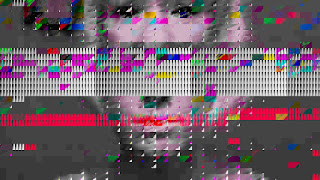 There are four possibilities for how it can resolve:

And because we're working within the Horror genre here, Reality A-B on average is going to be the worst option for the PCs. They'll find they really don't want A-B, and that'll hopefully drive reality towards a tablewide consensus.
Underneath Resolution Rules
i. If neither group acts upon, acknowledges, or undeniably interacts with their reality, then both realities remain differentiated. Sound of a tree falling alone in the woods.
ii. If one group declares their reality and the other does not acknowledge it, reality snaps to the side that declared.
iii. If both groups declare their realities to each other, then we enter into conflict. When this happens, they argue with each other and to the GM upon which reality is more believable. The GM acts as an arbiter, but not a judge, facilitating and encouraging roleplay. If a consensus among the players is reached reality snaps to that decision.
iv. If both groups declare their realities and cannot come to a consensus in a modest amount of time, a Synergistic Reality comes into being.

Email ThisBlogThis!Share to TwitterShare to FacebookShare to Pinterest
Labels: Homebrew, Horror, Underneath