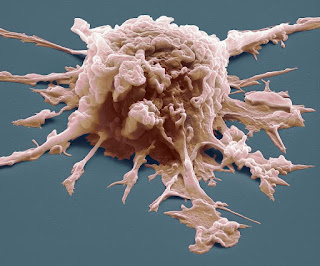 There are in actuality only 147, but nobody had made the effort to actually count them.

The island is a plateau on the waves. A settlement of 2d10 clerics of Tiamat exists on its overlook. They have no identities and no pasts, for they gave those to the ocean dragon-goddess in their initiations. Instead, they adopt the identities of the Masks.

Anyone who puts on a Mask adopts its identity. Some grant powers.

The tunnels beneath the plateau harbor many of the Masks. They hang on the walls like trophies. The clerics will tell you that Tiamat slew the lesser gods that became the Masks, and exiled them here, above the ocean, for fear of their retribution.

It's said a face-stealing monster hides in the tunnels, behind a throne bearing the desiccated skeleton of the Last Ocean King. It wears 1d6+2 random Masks. Wearing a Mask of your own can protect you from its face-stealing attack. It steals the Mask instead.

Taking relics of Tiamat is a dangerous endeavor. Taking a Mask off of the island curses the thief with disadvantage on everything until the Mask is cast into the ocean where it will find its way back again.

This place is nuts. There's a big invisible bubble of time distortion around the island. Nobody has any idea how it got there or how it will be resolved, not even the DM. For this entire island and its surrounding, the perception of time flows backwards.

How the hell do you play this out?

Well, you start at the ending, at one of two places:
A) The party is sailing away from the island. Some things are different than when they arrived.
B) The party has "fixed" the time distortion, and it no longer applies.

From there, everyone works together (directed by the DM) to figure out how things got the way that they are. It's weird, yeah. And if you're running an Old School game it'll probably be particularly jarring. But, I mean, I'm all about the weird here. A best practice I've found is taking turns clockwise around the group, one question after the next.


2: The party are leaving the island. One has a crippling injury, one has a wedding ring, one has an eel-limb parasite, one has The Mystery Box, and someone's decapitated head is sitting on the deck.
How did you get that injury?
How did you get that wedding ring?
Why is your limb currently controlled by a parasitic electric eel?
WHAT'S IN THE BOX?!
And whose head is that, anyways?

3: Each player-character has switched bodies with someone as they leave the island. Go clockwise around the circle and ask each player whose character sheet they now have. Resolving this will require some kind of curse removal.
Whose body does your character inhabit?
So, how did this fiasco happen?
Who did you piss off?
How did you deal with them?
Who is the stranger on the ship?
Whose body do they have?

4: The party is in a stomach, slowly being digested over ten thousand years. Apparently this thing is waterborne and leaving the island.
What swallowed them up?
What else is in this stomach with them?
Who else is in the stomach?
How long ago was this catastrophe?
What was the party doing just before they got swallowed?

The whole island is a trap. Kind of. A trap with tremendous repercussions, yet surprisingly inconsequential.

50 years ago the Mother of all Oozes, the Unter Ooze, an organelle-level hive mind orgasm, emerged from its dormancy on an unknown island in the Deadwind Archipelago from thousands of years of biostasis. Fortunate for the rest of the world that it emerged on an island, for the only thing the Unter Ooze can't handle is sea salt. Incalculably sophisticated, all-consuming, massively destructive. It slowly took over the island, incorporating all life at the molecular level into its consciousness.

It ate them up, read their biochemistry, then reconstructed them as part of the Unter Ooze, all of their memories, bodies, and behaviors intact.

...for the most part. There were some replication errors, warning signs. Roll 1d10 on encounter:

1. Flightless fuzzy bird makes a dog's bark, but only once.
2. Wild dog gallops sideways leg over leg at full speed and disappears into the fields.
3. Grove of trees grown tall and thin like dandelions. They bend towards you as you approach.
4. A macro-macrophage (a remnant of the initial conquest) rolls slowly by, hugging the ground. Its sticky pseudopodia reach out for invaders. It will dissolve into the ground if touched.
5. Pond of silver-orange fish. None of them move, ever. The water is like gelatin.
6. A stumpy rock jiggles.
7. You hear a rumbling below the earth.
8. Renis the Water Wizard. She wears something like a blue rain coat and believes she's on a mission to cleanse of the island of Ooze. She only has the vaguest preconceptions of the Unterooze. She knew it once. No longer. She is part of it now, though fully intelligent.
9. Harvald the Wild Man. Wild beard and covered in thick body hair. He crawls along belly-up, looking at things head inverted. He makes incomprehensible noises at first. Slowly he regains function by observing proper biomechanics, including speech. He knows nothing.
10. A fallen log stretches and shifts a little like a caterpillar. Full of way too many bugs that'll try hiding in any clothes/bags the party is carrying.

Characters that wander off alone will be swallowed up by the island, engulfed from underneath. They don't stand a chance. They'll be consumed in an instant, and rebuilt over the course of an hour. Eventually the replicated self will find itself back to the party.

The Ooze is careful and curious. It will only target lone wanderers. It wants to observe these potential carriers first. It wants to secretly seed itself on any means off the island and won't want to risk anyone teleporting or flying away to warn the rest of the world.

It sounds harsh, but ultimately it doesn't matter that much. This new construct will be under control of the same player. All the same stats. All the same memories. Looks completely indistinguishable from the original. It'll even die, just like any other living thing (and the Ooze can spread to the corpse feasters). In nearly every regard the same person. All they'll have known is that they "blacked out for a second back there". And now they're lethally allergic to sea salt.

They'll magically detect as an ooze, if your game has such a thing. There's a nasty revelation in store if anyone tries to resurrect them, too. Their original self will resurrect, their last memories being that of the land swallowing them up and a spike of pain in the dark. Both the original and the copy are in all regards people.

The Ooze, while hostile, isn't inherently malicious. It realizes the value in this near-perfect masquerade of life that it performs. And while it can assume direct control at any time, it almost never will. Not unless mortally threatened.

After all, its various pieces are barely distinguishable from their previous counterparts. Even they don't know they're part of the Ooze, so what's the harm?

Indeed, its agenda is fairly neutral overall. Take over every living thing on the earth. Let life go about its business. Wait. Let things play out. Wait. Let civilization take its course. Wait some more.

Wait until a peer arrives from the stars. This is when the masquerade becomes useful. Life is apt for interstellar interaction, much more than a neutral blob of molecular jelly, anyways.

(The Unter Ooze is inspired by this.)