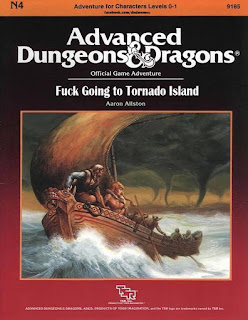 The Island of Spears

Best not come to the isle when it's pouring. It literally rains polearms.

Nobody have any idea how the weapons precipitate, and nobody is very keen on finding out. Travelers give this island a wide berth, for more than just the weather. Aside from the spear showers and the halberd hail a host of strange polearm creatures live on the island which don't fear men.

The ecosystem seems built entirely around the rain. Critters burrow into the tangled junk heaps, Halbirds make urchin-like nests of spears, and things have strong top armor. They know when it's about to rain. If you don't see or hear any of the local wildlife it might be too late. Might get skewered by a barely-subsonic spear from the sky.

Occasionally an adventurous lot will risk a journey to the island. There's profit to be made in plucking and digging polearms out of the ground like oversized carrots. The polearms that tend to survive impact are naturally selected for better material, and gathering them up is a lot cheaper than digging ore out of the ground.

Every person who sets foot on this island is compelled to follow the laws inscribed on the Law Stone, a smooth granite obelisk in the center of the isle. Every ceremonial month the obelisk wipes itself clean of all inscription. There's room for only 3 laws.

Anyone can inscribe laws with the proper masonry tools (inscribe it well, anyway). But of course somebody already has, and they've claimed a monopoly. The three laws, when players arrive are:
1. Nobody but Grea shall inscribe laws on this stone.
2. Nobody shall directly or indirectly bring harm to Grea, or hamper her will in any way.
3.

The third one's blank. Just before the month ends, six hours before midnight, Grea writes the last law to cause everyone to migrate to the furthest point from the obelisk on the island, giving her enough time to inscribe the first two laws at the very beginning of the next month.

The island's people tend to be outcasts, those on the margins of civilization. Not all of them follow Grea's rule with vigor. Enough of them were drawn to the island with rumors of ultimate power, only to find out its already been claimed.

A clever party can probably find a way to exploit this location. Maybe they rush onto the island the moment the month begins to try and intercept the inscribing process. Perhaps they find a loophole in the language of the law. Maybe they rules-lawyer a loophole - an obelisk can be a fickle judge.

Some ways to modify the island:

The monks of the Shadowed Monastery do not have a name for their order, for they have all taken vows of absolute silence, and abstain from written communication. You'll get no more than a nod and maybe a whisper from anything more than an Initiate. Besides, they barely have the energy.

When you are initiated, you give up your name.
First Level of the Order you begin regularly fasting. You may not more than whisper.
Second Level you may not speak, ever.
Third Level you stop eating anything that casts a shadow.
The Abbot prepares for the transformation. They eat or drink nothing. They don't move from their chair in the pumice-stone chapel. They don't acknowledge. They slowly learn to stop breathing.
Then, the Abbot fades away, a shadow. This is their goal.

Anyone who witnesses this process in all of its stages will start the notice how the shadows on the island are strange. They flicker and dance like candle flames when they think you're not looking. One might catch a glimpse of a shadow monk moving between the shadows of neatly-lined orchard trees.

They're completely harmless. It's a sort of enlightenment for them, an abandonment of worldly needs.

But something's wrong. One of the initiates began to notice recently how the Brothers of the Shadow have gone into hiding. One of them tried to tell him something. Some Thing is hunting them. Something capable of wounding shadows.

The Unnameable
In a corner of the island, in a dead zone surrounded by ancient earthwork hills, is an obelisk of smooth black stone. Written in old elvish on the west side:

A tree planted years ago by the monks has grown tall and gnarled. One might notice at dusk, when the shadows are long, when the wind blows strong, that the shadows of the obelisk and the tallest branch touch. This is how it escaped.

The Unnameable is a shadow. It takes the form of a seven-limbed beast or an elf. It murders shadows by tooth or by strangulation. Somehow a silent murder is more horrid.

It's been murdering the monks, dragging their shadow bodies into dark places to feed. It can do so to the player's shadows, too.

It can only move through connected shadows as the monks do. At dawn and dusk it is strongest and most mobile. At midday it is weakest.

When ones shadow is injured it feels like a powerful migraine. One begins seeing auras and getting headaches. If your shadow is killed (is has the same amount of HP you do) then you get sick. Over the course of weeks random stats start to wane (roll a d6 every three days, 1 damage to that attribute). You turn translucent. Eventually you disappear.

One can acquire a new shadow. By sorcery a woman may give birth to a new one. You will have a baby's shadow for years. You won't get used to it. Perhaps you can conquer your Dark Reflection, or distill it from sentient moonlight, or maybe weave it from Underdark Silk.

How does one defeat the intangible? Perhaps trap it. Lure it to the obelisk and fell the tree then salt the earth. Bestow it a name and summon it to a lightless prison. Slay it with a shadow-weapon. Tempt it to other realms during an eclipse.