I've updated the last University Cults post in order to retroactively format in the RUMORS section, which I've found more useful for describing cults and maximizing their potential.

The Janitors. Nobody dares question how they work, not even the university administrators, but the halls remain clean and the trash empties, regardless of the lack of oversight. Do not look into their closets, for within are shrines to the Clean God, and it does not abide those who do not serve.

Those who gaze into the maintenance closets or accost and belittle the Custodians invariably first go mad, then go insane, then go missing. Where do they go? None would dare investigate, lest they too gain the dire attention of the Clean God.

Only protocol will save you during interactions. If they ask you to do something, do it. Do not question the Custodians.  Do not impede their work. Do not follow them into dark hallways. Do not follow them in general. Do not make eye contact or converse with them, unless they made eye contact or converse first, in which case you ABSOLUTELY MUST CONVERSE! Just don't ask or question what they're doing.

And above all, do not go in a Maintenance Closet. Don't even look in it. Just get out of their way and let them do their work, and the halls and rooms shall be clean of filth. Rumors of the shrines within the closets are abound. Students claim to have snatched glimpses of the sculptures within.

WHAT'S IN THE MAINTENANCE CLOSET?
An effigy: a blood-dripping ram's skull mounted upon a rib cage of brooms, intestines of mop heads falling out, eviscerated.
A shrine: knickknacks and discarded food, forming a collage of a smiling, cruel face. Black candles.
An abomination: an amalgamation of lint, fused to the far wall. It's maw opens wide. It beckons in with dust-choked gasps.
A body: squirming and suffocating within a trash bag, like a caterpillar in cocoon. Depressions where the mouth draws in breath. It tries to scream.
A pool: acidic rank, smells of lemon a thousand fold. Gloved, coiled hands reach from below the surface.
A vacuum: dark nothing. A horrible void. It draws you in, slow first then impossible to escape. The door slams shut. The cacophony is unbearable.
An abyss: a vertical portal, swirling ever deeper, stretching you out like a black hole.

RUMORS
1. The Custodians murder and dismantle the mad in the dead of night, cleaning up the mess perfectly and with total coordination long before the morning dawn.
2. They throw dis-satisfactory faculty, staff, and students alike into the maintenance closets when nobody else is looking, for the Clean God to consume as sacrifice.
3. They drown accosters in cleaning acid, simultaneously killing and dissolving the body, before pouring the remains down drains that none but they know lead where.
4. The Clean God is a misnomer. In reality, it is the God of Filth, for nothing can be cleaned without something else getting more dirty. The Custodians are agents of entropy - inescapable, the entire universe funneling towards its own dirty-heat-death. They are here to help it along.

I heard a click at the door. It caused me to jump, then fumble frantically with my papers as I nervously tried to avoid eye contact with the five hooded figures ritualistically seating themselves across an elevated bench. Where they sat it was dark. I couldn't even be sure they were there, 'til I saw a glimmer of brass emerge from the darkness. A womanly hand reached out of the dark.

She pushed forward a cup from her hand. It smelled noxious, of acute notes of mustard. My stomach wretched at the scent and sight.

My heart dropped into my gut. Was this what the other students meant? Nobody had ever described a goblet before. Was this a test? Was this the test? Was all my hard work in preliminaries for nothing? Were they trying to sense my hesitation? Was I-

Without second thought, I lunged for the cup, and drank. It tasted smooth, like lavender. I remember being pleasantly surprised, and the horrified. There came a noxious aftertaste - a burning gas that fumed from my nose and mouth, like my head was a smoke grenade or a chemical show. I coughed and sputtered, before downing the rest of the horrid draught.

There was a moment of silence. A moment before I wretched. I could feel something caught in the back of my throat - a slimy certain something. It clung to my esophagus like a wretched baby; then, loosed by the spasm of my lungs and onto the floor. My eyes watering, I barely made out its green and black-spotted form. I blinked, and it became clear: a slug, or so I thought, colored of phlegm with eyes an iridescent black. A globule of spit dripped from my mouth to the floor, right in front of my superiors. What did it mean?

"You have passed your Preliminaries. We look forward to your research proposal in two months."

The Committee stood up, exiting the room one by one, leaving me alone on the floor, with a slug born from my lungs. It looked at me as if I had betrayed it. Had I? I don't know.

The fear and bane of all graduate students. The Committee is an cult of anonymous mask-wearing faculty that oversee and approve of graduate students' projects and dissertations, thereby welcoming them into the university as faculty. They should never be taken lightly.

RUMORS
1. If you kill a member of a Committee, at The Committee, you then take their place.
2. The secret methods employed by a Committee are unique and tailored to meet the weaknesses of each particular student. The odds are stacked against you. To overcome is the test.
3. The Committee picks projects not based on merit, but by those who would make the greatest human sacrifice upon reaching faculty level. What Dark Power wants professor's souls?
4. There are, in fact, no faculty behind the masks. There is nobody behind the masks. They are not people, and neither are you, if you succeed.

It takes a cult to expose a cult. To that end was made The Waking Eye, the one and only truly legitimate student newspaper. All others are puppets, so sayeth The Eye. It reports on other cults.

There is ritual in the process of the free press. Many powerful forces constantly seek to intervene with the powers of journalism, that they may sway true word and proper discourse to their own selfish esoteric ends. The only defense against such occult forces is a cult devoted to combat them.

Identities are anonymous and ring-based, one member knowing no more than one other member. Intent must be proven by conditional-suicide blood pact. Any published word must pass the Waking Eye, lest lies propagate through the paper. The Eye knows the truth. The Eye knows lies.

Issues of the Waking Eye are never printed on the same medium twice. They remain hidden as illusory script, visible only to those who know the secret ritual to bring the words forth. Issues have been printed in library books, on homework assignments, scrawled on students' backs, or graffiti'd on walls. There are many old issues lying around, as yet to be discovered, hiding and detailing particular cult activity. Once read they disappear forever, to shield its words from authorities.

This has led to a phenomenon known as The Hunt for the Waking Word, which comprises several distinct phases:

1. A rumor begins that a new issue of The Waking Eye has been released.
2. Speculation goes 'round about the medium.
3. Students begin inevitably experimenting on different things to find the new issues.
4. Soon after, cultists from the university begin their search.
5. The medium is discovered, and issues of The Waking Eye begin to quickly disappear.
6. Those students caught viewing The Waking Eye are severely punished by the university. "Academic Probation"

There is an active bounty on all members of The Waking Eye. 100 spellgold a piece - not a light sum.

RUMORS
1. Every printed paper bears the Seal of The Waking Eye upon its surface, and so serves as a vessel for The Eye to see into our world.
2.  Falsehoods may not be printed upon a surface bearing the Seal, or so it is said. There are reasons to doubt, but then again, there are reasons to doubt anything in Wizard City.
3. Every member of The Waking Eye is actually dead, and has been for decades. What actually remains is merely a kind of Stand Alone Complex perpetuated by the student body.
4. There are many old issues of The Waking Eye hidden around campus, waiting to be stumbled upon by particularly investigative students. The older and better hidden the issue, the more revelatory its information. If you find one, Campus Security will come looking for you.


They have kept the true time of the universe for a thousand years, and they intend to keep it until the end. A cooperation between the Bureau of Spatial and Temporal Matters and the University, devoted entirely to accurate and esoteric timekeeping.

Their timekeeping is accurate for the age of the universe plus-or-minus 3 seconds. This inaccuracy is blamed on the one they call Dave - he who screwed up the clocks and either gained or lost up to 3 seconds about seven hundred years ago. All attempts to go back in time and fix this have all been for naught, so fucked up was Dave's fucking up. As such, Dave's name is to be used in all curses. Ex: "Oh, look, Steward Dave-d up again, surprise surprise!", "You've really Dave-d it this time.", "You're such a Dave..." 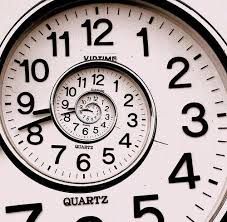 RUMORS
1. The Keepers have a clock which is counting down by the second to the next Apocalypse. They refuse to show it to any but the highest of authorities.
2. The Keepers have a clock showing the lifespan of the Universe, divided into 7 hours. We are almost at hour 3.
3. Someone or something from the future keeps sending people back into the present to set back the Keepers' clocks. For some reason, this amount of time is always exactly 4.13 minutes.
4. The Keepers employ owls. Why do they employ owls? What do the owls do?
at April 14, 2019