There was once a young man who had trouble talking to people. He had no friends, his family shunned him. He was utterly lonely. One day, he found himself on the edge of a pond contemplating his predicament, when a fish came to the surface. It spoke to him, asked why he seemed so lonely, and after the young man explained, the fish offered to help. The fish, it claimed, was very good at talking to people - it could show the young man how.

The young man died of starvation some weeks later, but he was surrounded by friends and lovers.

There was a famous bard, renowned for her subtleties of song. The greatest in the land she was called, and many kings and nobles vied to have her retained in their courts.

One day, the bard died. A sudden accident it was - she fell down the stairs and broke her neck. The funeral had many people in attendance, but a problem arose. What great singer could possibly do justice to this dead legend? Who could possibly sing with such skill to honor this dead? As the attendees contemplated in silence, a tune drifted on the air. It was the bard! She was speaking through the pall!

A crowd gathered around her corpse, first in shock, then in curiosity. The first of her pall bearers removed her death cloth and leaned over to examine the mouth. He exclaimed that there was something in the bard's throat.

"It is I," the louse in the dead woman's throat exclaimed, "the Bard to whom you are endeared. For it was not this woman that had such skill, but I who made of her my Great House!"

The body was immediately burned.

Apparently, Really Big Spider and Robot Squid aren't parasites, so I need something else for this parasite GLOG challenge going about. How about a tongue-eating sea louse that sings enchantment songs and lives in your throat, eating all of your food? PARASITE FISH BARD! EATER OF TONGUES! ALL HAIL AND AGAPE FOR THE SIREN LOUSE!

For Every Template: +1 Charisma

Parasite
You are a parasite. You cannot live long without a host. You don't have physical stats (STR, DEX, CON) for if you were without a host you could be crushed in an instant. Instead, you use your host's physical stats. In addition, you get to eat any or all food that the host eats as you reside in their throat. While you're in their throat, the host loses 1 point of STR, DEX, or CON (their choice) every day.

You are not in direct control of your host. They have free will over their own body. You are, however, in a position to end their life in an instant by yanking out their throat. It will kill you most likely too, but it will definitely kill them. You are in a position to eat all food that the host tries to eat. So you could very well starve them too. Hence, you shall need to negotiate. You can survive inside a dead host's mouth for 3 days.

Siren Song
You begin with one song, named "Swallow Me But Do Not Bite". It is soft and beautiful enchantment. All within 60ft who haven't plugged their ears must Save. Failure means that they will open their mouths wide for you to jump right in.

Speaker
When you are inhabiting a host, you may speak in their voice, vibrating their vocal chords like some kind of psychotic serial killer. You can mimic the sound of the voice by grasping your throat as you speak.

After one week inside a host, you have severed their tongue and eaten it, replacing it entirely. You can now talk in the host's voice.

Song
Pick one of the following songs to know. All songs unless noted have a range of 60ft. They last for as long as you care to sing them. You may only sing one song at a time. Saves must be made every round for those in the effect radius, friend or foe. Having plugged ears guarantees that the Save is made.

"Come And Give Thy Tribute."
All who fail Save will use their movement to approach the host. They won't do anything immediately dangerous from this movement (such as jumping off a cliff).

"Place Food At My Threshold, That My House Might Sustain."
All who fail Save will immediately place any food they are carrying at your host's feet. Won't work on fighting people.

"We Will Spike The Doors, That They Might Pierce The Invaders."
Sharp spear-like teeth grow on the edges of the host's mouth like a moray eel's. The host gains a Bite attack that deals 1d6 damage. The teeth retract when the song's done.

"Leave Me And Tend To Yours."
All who fail Save cannot approach within 20ft of your host.

"Fire the Hearth For The Land Is Cold And Dark"
The host radiates light through their skin in a 30ft radius. This light pierces and dispels even magical darkness.

"The Lord Commands, The House Obeys"
You take direct control of your host's body, although you cannot speak while this is happening.

"A Lord's House Is Their Castle"
Your host body receives 2 less damage from all sources, to a minimum of 1 damage.

"A House Should Not Stand Alone"
All who fail Save are Charmed. Range 10ft radius. Though, you can't both sing and talk to the victim.

"We Shall Clean the Halls, For Grime Does Not Befit Us."
The host is purged of all disease, and gains Advantage on Saves against poison and disease.

"There Shall Be No Monument That Stands Above The Sovereign House."
All within 20ft must Save or fall prone to the ground.

"Let Us Sing of Hearths Past"
You may mimic the voice of anyone's tongue you've eaten.

Mating
You've matured enough to reproduce. If you manage to find another parasite such as yourself, you can have your hosts french kiss and then vomit up a bunch of parasite babies a week later. Gross.

One time, a Siren Louse entered the mouth of a god. The god, known for his promiscuity with mortals, once went and made love with a beauty who is said to have had the voice of an angel. During the height of the act the little louse made its move. It jumped inside the gods mouth as he screamed. Surprised and shocked, the god immediately killed the beauty, and tried to curse her to eternal torment, but it was already too late. The louse had control. If the god should harm the beauty further, the louse proclaimed, then he would rip out the god's tongue and his throat both, making a mute of him forever. 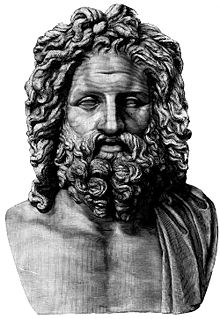 Not even a god could risk losing his voice. And so the parasite made his heavenly home. Soon, strange dictates began to flow from heaven's gates. The god's followers, though utterly confused, obeyed each instruction to the letter. They would raze their temples of vainglory, come to treat each creature - no matter how small - with respect and care, and erect strange monuments to tongue-shaped things they did not understand.

And so it remains until today, for the louse had usurped a god's tongue, and gods do not die of hunger. May the God-Louse ever keep the Old Ones' tongues!
at March 29, 2019