For 5e, 'cause that's what my home campaign is. 5e also needed some better illusion spells. One for each spell slot level, and easy enough to adapt to old school. These spells would normally be accessible to Bards, Sorcerers, Warlocks, and Wizards (and maybe some of the half/third casters). 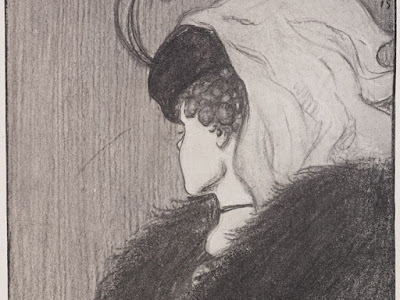 On failure, the target now experiences a sensation you describe, such as: itchiness, constipation, existential dread, the feeling like they're forgetting something, drowsiness, aching pain, etc. No symptoms, only feeling.

You alter the inputs of two of your five senses, choosing between touch, hearing, smell, sight, and taste. This allows you to potentially see smells, feel colors, or taste music. Any sense input can be substituted into any other. Your campaign may have additional senses - ask the GM.

If used on an unwilling target, they must make an Intellect Save. Upcasting this increases the number of targets by 1 per spell level above 1.

You imbue a substance (a bottle of water, miscellaneous white powder, some dust you just picked up) with an illusion. This illusion causes the consumer to believe that they are consuming whatever drug they think it might be. This requires some sort of imprint in order to work (i.e. it's contained in a beer bottle, the target is told this is crystal meth, or somebody shouts that they just ate poison).

Unless the person consuming it makes their Saving Throw, for all intensive purposes they have just taken the drug you described, though, it is limited to behavioral effects (if a drug turns your skin orange, Placebo will not replicate this. It can get you virtually drunk, though.) The "drug" tastes, smells, feels, and looks like the supposed drug. Their own body tricks itself into thinking it's taken this drug. The illusory drug effects last for 1 hour per point failed-by.

If the person knows that it's an illusion (casting the spell or making the Save), Placebo has no effect.

If the person consuming the substance succeeds on their Saving Throw, they realize what the substance truly is just upon taking it.

(This is great for acid and poison, FYI.)

On failure, the target now believes that one object or spell effect of your choosing within both of your sights is an illusion. Any pains or sensations caused by the object are believed to be illusions.

(Ex: A wizard casts Wall of Fire, then casts Unseeming on a bandit trying to shank them. At first, the bandit wishes to avoid the Wall of Fire because he can feel the heat and know it will burn him. The Unseeming then causes him to realize that this is an illusion, and so he jumps right through. The bandit takes damage from the Wall of Fire.)

Saving throw DC goes up by 2 for every spell slot above 3 used.

Touch a body part on the target. That body part no longer believes it's part of the body. Arms will try to strangle their hosts, legs will try to jerk themselves free. A critical hit means you can snag the head, and the entire rest of the body will rebel, trying to yank the head off.

Deals 6d8 psychic damage, and incapacitates a chosen limb. On a critical hit the entire body is incapacitated for the duration.

On failure, the target sees and feels thorns everywhere: under their feet, on their skin, on every person and thing. Every 5ft of movement (excluding flight/swimming), and every action taken, causes 1d6 psychic damage. Dispel Magic alleviates the effects of this spell for 1 hour, after which the symptoms return until a successful Save. This spell detects as a poison, and may be permanently dispelled by Resist Poison.

((I can't take credit for this one. Too much influence from Cavegirl's The Idea of Thorns and The Lovely Dark's The Anti Wizard.))

On failed save, the target's own immune system starts freaking out to an imaginary disease, causing bodily harm from the reaction to the imagined threat. After 1 Day, joints become inflamed and begin to painfully swell up, lowering the target's speed by 5 ft every day. Every time they take an Action they take 1d4 poison damage.

Cure Disease will not work on this spell.

(Note: this damage is not illusory, it is very real.)

Each time this spell is cast on the same target, the duration becomes renewed and the effects of the spell stack with previous instances (two level 4 casts will lower speed by 10ft every day, and 2d4 poison damage per action)

You implant an idea in the target's psyche. If they fail the save, then they believe that this idea was their original creation, and they'll try to follow through with it or rationalize it as best they can.

Make a spell touch attack. On a hit, target becomes incapacitated for 1 Round. They become trapped in a prison of their own mind, a featureless gray desert stretching from horizon to horizon, for 1000 minus (INT x 20) years.

Creatures used to being immortal will be incapacitated, but will not suffer INT drain. Only a Wish spell can bring back INT lost this way.

You create a Shade - a permanent illusion of a person which believes itself to be real, born entirely from your consciousness.
at March 03, 2019