Following up on my last post: Illusion. Someone in my home group said he wanted a cantrip that makes people cuss like they've got Turret's. So here we go: Enchantment spells cantrip to level 9! 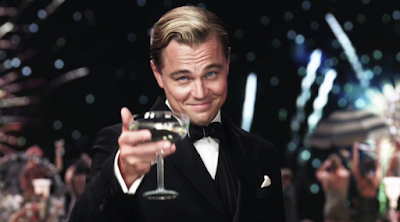 On failed Save, the target bursts out one word of a category of your choice.

On failed Save, the target uses its next action to drink from the nearest liquid source available to them, be that booze, a healing potion, poison, a pool of acid, or a dangerous ooze. They will move within one segment of their speed to do so. Anything worn on their body takes priority. Anything held in hand takes extra priority.

If there are multiple potential objects, then assign them numbers and roll randomly for them.
Effects one additional target for each spell slot level above 1.

On failed Save, the target becomes primed for activation unless dispelled. The caster may then activate the spell from any distance, at any time thereafter. This allows them to talk through the mouth of the target for 1 minute. The target cannot resist this effect, though their body is still under their control. Forcibly shutting the mouth will prevent the sock puppetry.

No more than one Sock Puppet per target. Once the activation effect has been used, the effect is dispelled.

On failed Save, the target begins blurting out everything they're thinking, quite loudly. There is absolutely no social filter. The only way to stop before the duration is up is to cease conscious thought entirely, such as knocking the target out, or non-dreaming sleep. Traditional silencing methods also work quite well.

On failed Save, the caster may cast a spell that they know of level 3 or lower, through the target, using the target's next available action, bonus action, or reaction (depending on the spell requirements).

Upcasting this spell allows the use of higher spell slots. (e.g. casting it as a level 6 spell allows proxy spellcasting of level 5 or below)

As a reaction, you can cause someone to attempt to do the opposite of what they're just about to do. Just make up on the spot anything that seems about right. It's rarely going to make exact sense.

On failed save, the target becomes a sleeper agent. A Magical Aura is built into the spell, so it will not detect under normal circumstances. The target is given a specific trigger condition. When this trigger condition is met, the target will be charmed into fulfilling given orders.

The target will be charmed for 1 Hour this way, or until dispelled.
Upcasting as the spell increases the charmed duration to 8 Hours for Level 7, 1 Day for Level 8, and 1 Week for Level 9.

On failed Save, the caster learns a deeply-held secret of the target. This often aligns as close to the current topic of conversation as reasonably possible. Obviously, a lot of DM discretion here.

The target knows this spell has been cast on them, but they won't know what secret has been stolen.

All who witness and recognize the target will treat them with utter disdain, no matter their personal relations.

Strangers will hurl curses and insults. Beggars will spit at their boots.
Those with aggressive violent tendencies will attack the target on sight.
Friends will shun and distance themselves from the target.
Those who love the target will hate them with a sense of betrayal.

For the duration, every word you say is a Command spell. There is no word limit to your Commands. Commanding during combat is limited to six words per round, requiring an action.
at March 05, 2019