The Glasses of the Underdark

The Lost City of Glazz'gibrar was the marvel of the underworld. The Glass-Eyed Armies of the Spider Queen were the nightmare of denizens above and below, subjugating her majesty's enemies to their terrifying will. 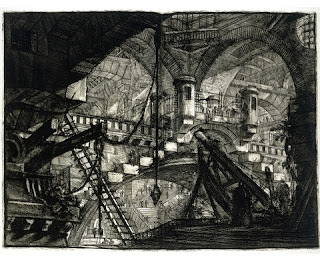 But the economic riches of Glazz'gibrar was not in jewel or silk, medicine or adamantine, as the other deep cities of the elves were. Instead, its advantage was found in the beauty and versatility of glass. The products of its glaziers were the marvel and horror of all the world - its goods having been found as deep as the Mantle Baronies and as high as The Moon.

Most legendary among these creations was Black Glass, a substance whose mirror-sheen allows access to the Plane of Forms, allowing practitioners to change the essential nature of things.

The glaziers of Glazz'gibrar were held in high esteem and dread responsibility. Those found to have left the city were to be executed on the spot and their bodies incinerated that their dead lips never speak. In all the city's history not one glazier is reported to have escaped...

Of course, that doesn't mean it didn't happen. Especially towards the end.

Principally used in the creation of black mirrors: allowing access to the Plane of Forms (also called the Astral Plane). Often there are curses and traps placed upon such mirrors to prevent intruders from accessing it, such as the creation of evil doppelgangers, chirality curses (rendering all food and medicine poison), or vacuums to horrible voids. 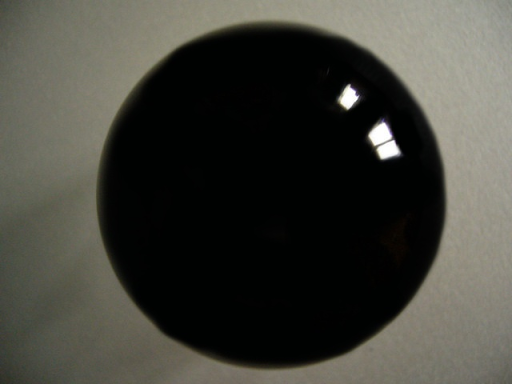 Those who gaze into a mirror of black glass are rarely unchanged. It was used by the powerful to curate and trim their very beings by suppressing those aspects of themselves they liked least and amplifying that which they desired. In this way they made themselves more powerful, more beautiful, but also with more hubris.

Black glass has a terrible effect on the narcissistic. Unchecked alteration of one's soul and body invariably leads to monstrosity. The abandonment of 'undesirable' parts often leaves one predictable and vulnerable, similar to how a lack of pain can lead to infection. It also required discipline: withdrawal could lead to a snapback of suppressed traits, producing radical personality and bodily shifts.

Black glass is also used in composing Black Lenses, which have been used to make ocular devices from telescopes to spectacles. These lens do not refract light, but rather Forms. Things viewed through them seem more true than the thing itself, and reveal their true natures in way that normal light might conceal.
From this is was learned that the planets and the Moon have names. Titles that they gave themselves, and each other - fearful, terrifying names... 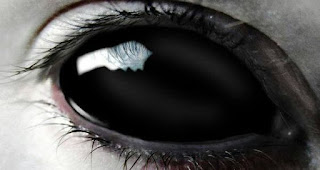 ~~~~~
The Spider Queen had a class of enforcer who replaced their own eyes with black glass. It is said that these Glass-Eyed Soldiers had no souls, having had earthly fear and disobedience purged from their bodies in terrible rituals.
Their glass eyes were expert at detecting hidden things. They could sense heartbeats from up to 100ft away underground, or pick out the sheen of a single diamond-thread hair out of a lush groom of silver. Even stone didn't halt their sight. They could sense out traitors by micromovements on their faces and had royal authority to punish those of disloyal disposition.
Ultimately, Black Glass was the undoing of the monarchy. So-called perfection caused resentment, and provided opportune weakness. Cruel repression fostered rebellion among the nobility, and allowed the Unremembered Conspiracy to ultimately undo the city. Even the conspiracy itself, though, was the product of Black Glass - smuggled pieces used to suppress the memories of would-be rebels, forming them into code-activated sleeper agents, so that even the Glass-Eyed Soldiers couldn't sense any wrong.

It is a common error and perpetuated myth that jewels were used to capture souls. In fact, it is stained glass - the principle component of the Magic Jar spell.

The glaziers of the Deep City produced many incredible works in stained glass. The malleable nature of it made inserting soul-stuff into various objects an easy matter. Golems, soul-spun weapons, life jewels, stained-glass windows - all invoking an existential immortal fear. All a reminder of the tremendous power of the ruler.

Stained glass golems hold the conglomerate souls of potential hundreds. These creations act as archetypes of the class of people in which they're founded. If they share a common culture and set of ideals, the golem will tend to act somewhat unanimously. Should very different pieces of stained glass come together, the golem will tear itself apart, more than likely along with everything else nearby.

The most famous of these golems was derived from a line of the Queen's royal executioners, called The Stonecaster. This being was tasked with throwing deemed criminals from the high cliffs onto the Wheel of Pain just so, impaling them upon the spokes so that they would slowly suffer and die over weeks or potentially months.

A number of famous art pieces have been made with Glazz'gibrar Stained Glass. There is record of them still.

Perfectly translucent. Completely invisible. Impossible to destroy or even nick once set. Melts at extraordinarily high temperatures, far beyond those that can occur on this planet.

The transition point that Force Glass becomes malleable is at approximately 15 million degrees Kelvin - approximately the temperature of the interior of the Sun. Such temperatures are extraordinarily dangerous when unconstrained, capable of producing thermal explosions equivalent to nuclear bombs. 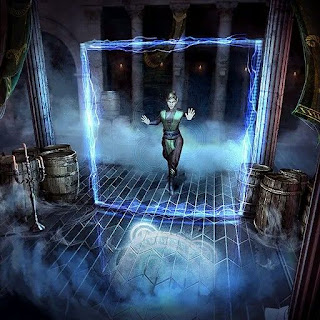 To mold or spin the glass you will need a Star Forge - a contained star itself, trapped in or siphoned through extradimensional space - in order to melt the glass down and make it malleable. To say this is extraordinarily dangerous is a grievous understatement - not only does one risk utter annihilation by mismanaging the forge, it also risks interference from divine entities and heavenly enforcers, should they discover this happening.

Star Forges are kept in very inhospitable places: underground, close to the earth, isolated, and consecrated to keep divine interlopers away. It is kept within magma chambers, crafted by glaziers with special protections against the heat, trained in the patient and careful magics needed to manipulate the melted glass in other dimensions.

Force Glass is highly radioactive. Those who wield it as weapons or armor inevitably succumb to pain and death. Mere minutes of exposure will guarantee death within weeks. To have tools capable of killing gods, though, it has often been said to have been worth it. Force Glass weapons will slice through anything.

According to the Basalt History, The Sorceress Gilthi encased herself in a prism of force glass to protect herself from death. Her spirit would linger within, while her body was preserved for all time in a locked state.

A radical anarchist whose name has been lost plunged a heart-seeking dagger of force glass into the prism. While initially it failed to penetrate fully to the body, the nature of glass itself, with its imperceptibly small molecular movements, has doomed her. The dagger will eventually pierce her heart, and dispel her enchantment thus, though it will take billions of years to happen. This doom has driven her mad.

Though, she was probably already a fair bit mad to begin with.