Found by the Wish Well in Wizard City Hexcrawl.

Cruel as Wizard City is, it is not without minute capacity for empathy for the plight of the impoverished. Historically, when the number of wizards in poverty achieves critical mass the city tends to boil over into rebellion, and rebelling wizards are particularly hazardous for capital.

So, after the Second Giant Fist Rebellion of 579, a process was instituted for residential districts to shoulder virtually all the responsibility of assisting the poor... Which naturally gravitated towards the lowest bidder. Districts periodically form assemblies constituting of various property owners to auction off the assignment of handling poor wizards short on magic, known as Poor Auctions. Anyone can partake in these Auctions, provided they can convince the assembly that they're actually doing what they say they'll be doing... Or sometimes not. (Exploitation and fraud are common in these auctions. Nobody's brought them to Suit Court yet, though.)

The resources and facilities provided by these Poor Auctions, while technically free, are notoriously inadequate and inhumane. Anyone can access them, provided they seem impoverished enough. 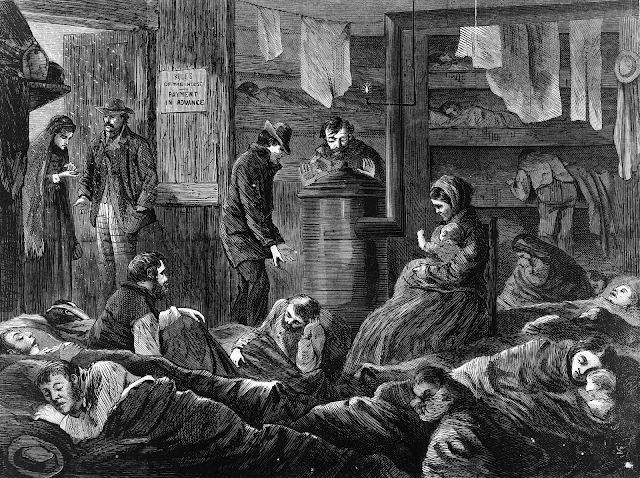 WHAT ACCOMODATIONS FOR THE MAGICALLY IMPOVERISHED?