The previous Accessing Infinity posts lay down the groundwork for the creation of an Infinity Hotel campaign: an essentially epic level campaign full of nihilistic disco dancers, crazy mathematicians, numerological goblin warlords, and a infinite hotel.
Since then, I have discovered the Googology Wiki, and the grand list of absolute gems of numbers, including some absolute gems such as:  googolbang, zootzootplex, grangoldudexigong, septasexahexar, godsgodeus, monster-giant, ohmygosh-ohmygosh-ohmygosh, BIG FOOT, Fish number 7 and sasquatch.

The best part is the names. It turns out that if one is in the business of inventing absurdly high numbers,  incredibly silly names are absolutely required.
This List provides a virtually infinite number of potential hubs within the Infinity Hotel, and the notations one would use in order access them.
Many of the "islands" within the Deep Hotel are found by plugging in infinitely-repeating numbers into the Mystic Elevator. However, a brand new frontier has opened with not-infinitely-repeating numbers, which are very very very very very very big numbers that are not infinite. These numbers are an infinity distance apart from any infinite numbers, and are virtually infinite apart from any other non-infinite numbers.
Because these numbers are not infinitely deep, it's possible that someone or something could spontaneously arrive at these locations from the hotel entrance, having journeyed the entire way. Things that travel for so long and so far tend to be extraordinarily dangerous, powerful, fast, or patient. They are often best avoided or left alone.
Such things include accelerated elder trolls, proto-goblin relic arcs, unstoppable forces, perpetual motion automatons, robots of infinite emotions, rocket shells, and evolved oozes.
~~~~~
A number of googologists, have established domains in these very very very very very very-far-but-not-infinite places. Their notation systems become the essential basis for 'keys' that one would plug into the Mystic Elevator, allowing one to reach them.
These domains are guarded jealously by their creators, and they frequently attempt to hedge out rivals in ways similar to how wizards traditionally establish their tower domains in the wild.
THE MATH WIZARDS
AND THEIR RECURSIVE DOMAINS
THE TOWER OF POWER
All who would come to learn of the great masters of infinite googology must first make pilgrimage to the TOWER OF POWER, within which the great art of POWER TOWERS flowered.
A power tower is thus: 3^3^3^3... Three to the third, to the third, to the third. Potentially forever.
The TOWER OF POWER leans like Pisa. It's crooked, recursive, shooting askew of straight up like a plant reaching for the sun. It's height is a series of incomprehensible segments, each compounding in orders of magnitude. 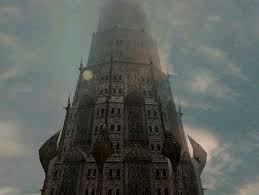 The Tetrated Realms are a neverending wizard's tower, ever-extending crookedly into the stratosphere seemingly forever. It curves around like a single-stranded helix, occasionally bridged by ropes cast like spider strands and roadblocked by tower-wizards staking claim. One must be sure to have access to flight, for the fall from the tower is very very far indeed. Hazing wizards enjoy punishing newcomers for their rookie mistake by casting them from the helix, sending them plummeting for days, years, or even centuries. The base of the Tower is littered with terminal-velocity mush, and hazarded by falling garbage. Gravity is the great master at the TOWER OF POWER and every wizard knows it.
It is the home of Matthew, Keeper of the Recursive Arrow and Archmage of the Compounding Tower.

A wizard made an animate method of recursion to devour other notation systems. He named it CANNIBAL. Cannibal 1 and 2 aren't terribly large numbers, but Cannibal 3 is incomprehensibly massive.
This is accompanied by the aptly-named AUTOCANNIBAL function, which appropriately devours itself recursively.
The realms of the CANNIBAL and AUTOCANNIBAL functions are caulked to the brim with frogs. Big frogs, little frogs, frogs as big as Jupiter and some many many orders of magnitude bigger. The biggest of these has no name, for it has devoured anyone who would've named it. One day this frog, ever-increasing in size, will burst forth from the Infinity Hotel and devour the entire Universe in an instant. Fortunately for the Universe, the CANNIBAL function is very fast-growing, and it will be quite a while before the great frog grows big enough to escape it.
It is the home of Ronaldo, Bearer of the Fractal Mind and Devourer of Annotations.
FUNCTION JUNCTION 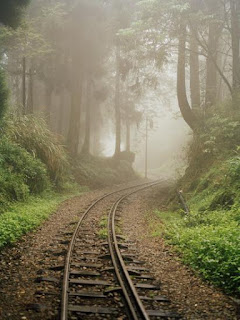 If there ever was anything mythical and mysterious, then at some point it has crossed through Function Junction and been integrated into the mathematical schemes of its grand master.
The Junction lies at the intersection of the UNICORN, MANTICORE, and HYDRA base functions. It's also a zoo. It even has a little train you can ride. The admission is steep. In order to gain access, a group is required to contribute a mythical creature for an exhibit. The tradeoff is that it can be quite informative. Any number of potential hazardous creatures are kept here for observation, including a good number that can be found in the Deep Hotel, such as hydraplexes, math wizards, dread beavers, spontaneous gods, thermodynamic impossibilities, robots of infinite emotions, and FEET.
It is the home of Cavier, the Crystal-Set Algebraic Oodle-Meister, Master of the Mythical Math Menagerie.
at November 24, 2020

Email ThisBlogThis!Share to TwitterShare to FacebookShare to Pinterest
Labels: The Infinity Hotel