The Machine Magic Market is the central economic and technological hub in Wizard City Hexcrawl, sporting a plethora of commercial magitech options. It's a common destination for techno-pilgrims, industrialists, and engineering students from abroad.

The Market's got dozens of independent and incorporated vendors for prostheses of all shapes and sizes. There's enough here to make you fully metal-fleshed out man, if you had the inclination. Way cheaper to just put a brain in a jar, though. 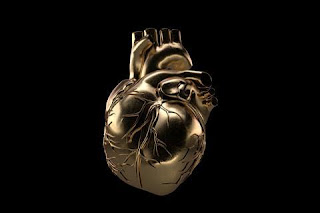 (Note: Antonio does not recommend replacing all your major organs with platinum magitech constructs unless you absolutely positively need it... Medically.)
Antonio is a big hairy musically-spoken man with a heart of gold. He's also a big softy, especially when it concerns heart-broken young people. You can expect excellence service at Antonio's for all your heart-replacement needs. Plenty of folks go there just for the conversation.

Need a ticker that's not gonna break down every time you get in a fistfight with a bird? You go to Antonio's! Feeling heartsick from your last breakup? You go to Antonio's! Want to impress your rich friends by replacing all your major organs with immortal platinum machines? Antonio is your guy!

Also sells synthetic livers, kidneys, spleens, and lungs, though they can get pretty expensive. (It's way cheaper to pay a back alley surgeon for an organic service.)

[Note on Internal Magitech Organs: Whether it's Antonio's or another vendor, they largely come in two varieties: expensive and cheap.]

Expensive magitech organs are typically made of flexible rare earth materials (gold, mithril, uranium, etc.) and have a low maintenance cost, but are virtually unobtainable unless you're rich. Examples:

"Having an atomic clock directly attached to my brain stem has increased my productivity by 2.61%!
I could barely n-n-notice the s-s-side effects! Shop at Clock Incorporated today!"

Contrary to first impression, Clock Incorporated is not a corporation.

It's a private company run by Lilly Calculator - a being more clock than human at this point. Clocks for eyes, clocks for hands, clocks for days and years and centuries. Her automaton-clockwork engineers can insert virtually any kind of clock - mechanical, atomic, electric, or otherwise - right into your flesh with minimal interference to your circadian rhythms, heartbeat, breathing, or understanding of the construct of Time.

The benefits of having a clock literally embedded into your body are more than the minute amount of time saved having to look at clocks, it also unlocks your so-called "clock feel", a self-described sixth sense that can detect unusual fluctuations in time. They also make good foci for time-based spells like Haste and Slow.

Lilly's products have the habit of disrupting sleep during the first month of usage. Abilities are not typically produced until after this layover period. All Implants allow the host to automatically tell the time and sense time fluctuations.

"Oh yeah, my grandma recently got a L.A.W. Now she can reach the top shelf and slap pigeons out of the sky like they owe her money. Not allowed to play badminton anymore though..."

W.I.N.G. is a Wetwork-Incorporated Pneumatic Growth. It's your basic machine-flesh interfaced pneumatic limb. It's like the combination of a robot arm and an air-filled tire. What's with all the acronyms? Armstrong was in law enforcement.

The store itself is filled with inflatable arms flapping around in the breeze like a bunch of wacky inflatable tube men. Armstrong himself is a balding veritable big-blustering used-car salesman when it comes to LAW arms. He doesn't put any of them up for sale that he hasn't tested himself, though. This means at any particular time he presently has 5-13 simultaneously attached mismatched mechanical arms. He rides around on them like a lopsided Doc Ock, talking big and loud and juggling conversations and clients like chainsaws.

All LAWs require some getting used to. -2 DEX for the first month of use. All DEX penalties turn into equivalent bonuses if you're using them to balance like a tightrope walker.

EXCELLENT ENGINE VENDORS
Transmuters love engines, and Spellgold technology has opened up a whole new realm of transmutive possibilities. Mechanical engines are really just the tip of the iceberg, though. The engineers of the Machine Magic Market are extraordinarily competitive, and frequently attempt to sabotage each others' endeavors.
Kobold Engineering
"I swear, every time I look away from two proximate Kobold machines they start breeding."
Less an engineering firm than an engineering clan. The company is collectively owned and operated by the Kobold family, whose members number in the hundreds. Even the kids get to participate in some of the less dangerous jobs, such as managing the stores. If one had to point to a leader it would be the clan's eldest matriarch Bea, who's as hard of a hardass as they come, except with her grandkids.
Kobold Engineering specializes in compact personal engines - backpack to pocket sized. Their products cover a range of solutions arcane, mechanical, and chemical, and nearly all of them can be converted into bombs with a minor bit of tinkering. In fact, their products are turned into bombs so frequently that an entire cottage industry of urban bombmakers has arisen in their wake. The Secret Police would probably shut them down if they weren't one of their biggest customers.
Their main product line in the last year included:
K.E.'s main operation is a network of self-contained and booby-trapped underground caves and testing sites extending directly downwards of their on-site locations. Not infrequent to feel minor earthquakes in their shops.
Helburger-Forsch
"Your emotional energy is underutilized. Buy Helburger-Forsch converter." 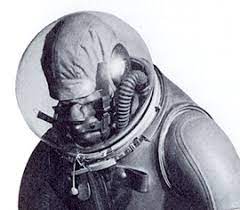 Heimlich Helburger and Hans Forsch jointly own the world's premier developer of emotional-arcane converters, which probably explains their poor sense of humor. Their workshop is a feedback loop of depressing factory conditions soulcrushing their emotionally harvested workers into profitability.
The look of an emotional-arcane converter is best described as spaceman fishbowl - clear, spherical, eerily reflective. What it lacks in style in makes up for in utility - allowing one to transmute emotions into spells is a price plenty are willing to pay. The bigger the emotion, the bigger the spell.
What they lack in sense of humor, they make up for in craft. Their designs are expensive, but nearly flawless. Engines undergo rigorous testing, and occurrences of Emotional Rampage Syndrome are now prevented in 83.3% of hull integrity breaches.
Helburger-Forsch didn't come up with these names. They call all their products "Helburger-Forsch converters". These names were given by the people.
Trebuchet Kinetics
"When you want an engine with some umph!"
Sisters Katrina and Catrina Trebuchet are the so-called Queens of Kinetics. While their contracts are largely industrial, they do have a couple of side projects that are commercially available (and a few that aren't on the books). Kat and Cat frequently take their projects to The Mall, using the soul-stealing mannequins as target practice.
Minor Engine Vendors
at June 08, 2021