There is, however, an extraordinary amount of perfectly intentional fraud.

Good thing, too. Mistakes made on mortgages can have disastrous consequences. Particularly when those mortgages concern the souls of the living.

You get someone else to willingly take on your mortgage, provided they don't already have one. They must sign the paperwork in front of the Fiduciary Liche, who is rather good at spotting magical influence.

In addition, you must pay Interest. For every year that your mortgage is in effect, you must pay the Bank Inerrable one of the following:

Or the bank may choose to foreclose on your Mortgage. Night night debt wight!

For when you need to meet with an agent of the bank. 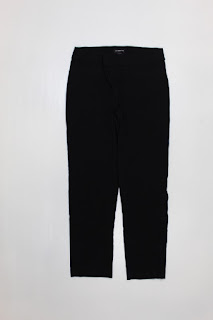 There's a joke in on Wizard City campus.

Q: What's black and white and deep in the red?

A: You, genius, if you don't pay back your student loans!

White shirts and black slacks, like Mormons. Pocket books deep in the red. Their souls have gone through the sausage-maker: ground into pieces and packed into subprime mortgage securities. A Debt Wight's vessel can have influences from dozens to thousands of indebted souls all homogenized into one net-obedient package.

Debt Wight
AC Unarmored  HD 1  HP 5  CHA 2
1d4 Hand Slap
Undead Immunities
Leeching Touch: On attack, siphons 1d10 Spellgold off of the target, or one spell slot (starting with the lowest, if applicable). This spellgold collects in a fanny pack on the Debt Wight's waist. Without this fanny pack the spellgold would simply fall to the ground at the Wight's feet.
Uncomfortable Aura: Anyone with a soul in the same room as a Debt Wight gets a -1 penalty to all rolls and Saves.

Debt Wights are placid and obedient. They obey commands in accordance with a strict hierarchy, descending from The Fiduciary Liche, to middle managers, to those who acquired one in a mortgage, to full-time tellers then part-time tellers. Without any of these to give commands, a Debt Wight will simply stand still and do nothing until given one or it sees another Debt Wight undertaking a command - in which case it will follow and do the same.

Small rewards may be given to those who return aimless Debt Wights back to the bank - usually low-interest mortgages or better exchange rates on cash or speculative currencies.

Y'know what they say:

Snitches get stitches.
Witches get bitches.
Liches get riches.

In case it's not clear, he's not a fiduciary for your benefit. He's acting on behalf of a higher power: one that craves the interest of wizards' souls and mortgage security sausages. If you're lucky, the only time you'll see him is when you're paying off your student loan. (At which time he will offer you another mortgage.)

If you're unlucky, you'll see him just before he turns your soul into sausage.

Numerous titles and honors are his:

Chief Custodian for the Bank Inerrable.
Head Manager - that is, Manager of Heads - of the Chronulean Educational Trust.
Personal Accountant for four of five Archmages.
Copyright Holder of the Concept of the Birthday, and legally the only person in the entire city who is allowed to have one.

Fidicuary Liche
AC Mail  HD 16  HP 33
1d12 Leeching Touch
Undead Immunities
Cannot be Turned or Harmed unless it is proven to him that he has made an Error.
Leeching Touch: On attack, siphons 100 spellgold from the target. If the target doesn't have enough spellgold, then all available spells are lost. If no spells remain, the target is turned into a Debt Wight.
Liche Slap: In a pinch, the Liche can also dislodge his skeletal hand and throw it at people within 30ft. This hand remains animate and retains Leeching Touch.
Hyper-Accounting: The Fiduciary Liche knows all of the stats and prepared spells of everyone within his sight, including how many spells remain.
Phylactery: His soul is kept disguised among thousands within the Tesseractic Vaults of the Bank Inerrable. In the event of his body's death he will regenerate at the phylactery in 1 Hour.


Birthday celebrations are usually rather pathetic and sad. The Fiduciary Lich doesn't like people, so consequently birthdays typically involve a cake which he does not eat, presents he will not open, and a single party game which goes unplayed. Various dimensional guests usually sit around a room quietly until the Lich is satisfied with his celebration, before ex-filtrating back to their realities.
at April 08, 2020