The City of Truth

The City of Truth, more so than other metropoles, lies on planes more metaphysical than real. It is a city of Mind, of Idea, of uncertainty and of hope. More important than where and when and how the City is, is why. Why is City of Truth?

The drug-addled brain of the ex-philosopher Chartanue once declared that The City is because its people are. They exist, hence does the city. And because its people are largely Falselings (Tieflings) - people who, by extraordinary circumstance, have rejected their False reality - The City is a city of Truth. For Truth can only exist in opposition to Falseness - something the Falselings are well-acquainted with.

A mathematician will tell you that the interconnected matrices of the understandings of Falselings' realities form the foundation of the city.

A philosopher might tell you that the foundation of the city is philosophy. And since philosophy happens upon this place, it is hence a city.

A metaphysicist will tell you that the intersection of the metaphysical planes forms the foundation - Planes of Anonymity, Freedom, Politics, Mercantilism, Plurality, and Complexity.

A revolutionary will tell you that the foundation of the city is change, for struggle finds more purchase within the walls than without.

A child will tell you that a mountain forms the foundation of the city.
The immortal children call it Mt. Veritas. 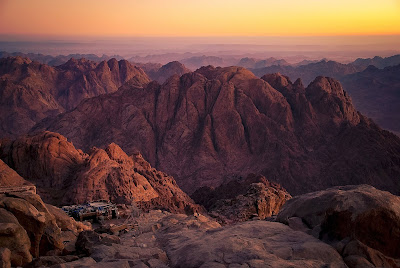 Regardless of what it really is, The Foundation is wide and well-supported. It has many crags and dips, small shrines and gathering places upon flat plateaus. One can easily find a niche in The Foundation, and one niche easily reaches others. There are places to cloister away, though there is nowhere to truly hide. Everyone finds themselves in the the presence of at least one other at all times. This is where Falselings awaken.

Every once in a while a Falseling will come upon someone new. They will simply, at that moment, conjure into existence. Found, perhaps, cloistered in a fetal position beneath a rock; or just around the corner, gazing up into the sky; or with a gentle tug, as you're suddenly holding hands. The event is rarely traumatic and often somewhat perplexing. What follows is referred to as "The Waiting".

The Waitings are the reactions and questions of one person to another. Usually, it's a series of interrogatives by the new person to the old. Sometimes it is some calming intimate gesture - a stare, a hug, a silence. Rarely it is dangerous, but it is known to happen - those who accidentally stumble upon Truth have a greater tendency than others of violence and falsities than their willing counterparts.

The Waiting is considered by most to be a sacred ritual. Those that Wait have a peculiar power over their newer peer, being the first of the True Realm to interact, and it is expected that this opportunity should not be wasted. The aesthetes and the poets claim that there is a particular unbreakable metaphysical bond between The Waiter and The New. They are declared soulmates by some. They oft become acquaintances. Plenty become friends. Some never speak again, though they will remember the first person they met.

The Foundation is the only place where The Waiting happens, hence, the City of Truth is built upon it.


What One Does Not in the City of Truth

One does not Lie.
Lies, opposed from Error, come in various severity: things like pride, modesty, propaganda, proclaiming undue authority, proclamation derived from ignorance. All warrant reprimand, though there are few but the oldest and most fastidious of Falselings who can detect all falsities. A mild lie will warrant a warning, particularly if the Falseling is new. A horrid or treacherous lie will warrant immediate punishment.

One does not make Fire.
Fire is False. And the climate is very hot anyways. Fires are unnecessary and unwanted. Magical flame is right out. Lightning strikes that create fire are treated with fear and dread.

One does not Hold another against their will.
Criminal arrests are exempted. Broadly interpreted and easily understood by the populace. This means grappling is outlawed (even for sport), as is kidnapping and slavery. Enchantment is considered to be a highest transgression of these sorts.

One does not Murder.
There is no punishment for manslaughter. Or beating. Or maiming. But neither is there punishment for fighting back. Those who do, though, tend to run afoul of the other laws. Were the City not filled with alien peoples, this law would be exploited often and treacherously.

One does not Conspire.
Dialogue is famously allowed, however. And it is easy to argue that one was merely participating in quiet conversation, rather than sharing secrets. Politics, in the way that we understand them, is banned. Instead, factions develop along lines of thought, bordered and divided by fact that brain and body alone are murky lenses for Truth.


Punishment
For transgressions, there is one punishment and one punishment only: Expulsion. They take you across the surrounding desert and release you far away from the city. There is nothing preventing you from simply returning, other than the journey back being more treacherous than the journey there. The desert is dangerous, and one will run afoul of predator, demon, and pilgrim alike. Finding and arriving at the City of Truth is far harder than leaving it, though plenty risk the journey and scores perish or disappear along the way. Most Tieflings you meet outside the City were expelled in such a way.

The question of what one does in the City is a function of what one does with Truth. Does one discover Truth? Explore Truth? Barter and trade and bicker with Truth? Do they hold Truth tight to their chest, secreted and hoarded like petty baubles? Do they proselytize Truth from high places, or do they whisper it in dark corners?

For the adventuring sort, the City offers two commodities: Truth and Knowledge. There are no markets or industry. All resources are imported as alms. There is little treasure and, that which exists is largely ethereal. You will never find a magic sword in the City of Truth; but, you may learn the Truth of Steel, the platonic ideal of Cut, or the curvature the Plane of Power.