Tidelock has a need for some rival adventuring parties: some groups that will really work to counteract the Players and keep them on their toes. Each major faction needs one that they can unleash, plus maybe one or two rogue groups to act as wild cards.

A group of six drow women pulled from the six greatest houses of the Republic to serve at the behest of the Offensive Council abroad in defense of the city's interests. Each house sends one of its second-best lieutenants, and in return its matriarch becomes privy to the group's operations. Why send their second best? Because an incompetent would likely die or otherwise fail to influence the agenda of the group, and their best are needed for the House's protection.

The group specializes in strategic operations concerning the various client states of the drow: principally the weaker human kingdoms of the Southlands. To this end, they have a variety of tools well-suited for dominating the weak-minded.

Leader
Alilyn di la Kaisar is a ranger of great renown in the republic. During the recent civil war she was credited with the kills of no less than 19 of the Royal House's sovereign-clerics with her profane longbow The-Death-Of-States. An olympic marksman, infiltrator, and tactician, she commands considerable respect and cooperation from her comrades without the typical sort of backstabbing and hamstringing, which is really weird (and exceptionally dangerous) for drow.


Modus Operandi
Investigate the target through a convoluted web of various degrees of separation accompanied by false leads and small distractions. Come to know everything that can be known. Then, set up a triple feint. The first is obvious: troop movements, a monster, a plague. The second is subtle, you want them to feel clever for finding it: odorless poison, misinformed double agents, Dominations. The third is where you want them to commit: a personal betrayal, foreign agents, an assault. In that reaction is where they place the true strike. 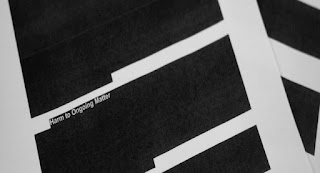 Five elites of the Chronulean Super Secret Police, each having served a tenure as personal assistant to one of the five Archmages. They have exceptional experience with containing ultra-natural disasters and keep a library of ones they've managed to contain and weaponize: frozen hosts of mimetic plagues, vestige gods trapped in relics, impossible beings kept in time stasis.

Codename: Swan - Time Specialist. Terrestrial Cosmonaut. Pioneer of Leap Time, requiring a spacesuit to maintain physical cohesiveness.
Codename: Lilly - Psychoforger. Responsible for the manufactured memories of approximately 5-10% of Wizard City's population.
Codename: Nyx - Veteran of the Infinite Library War. Literally cannot die. Whenever she would, she regenerates out of the nearest significant source of books.
Codename: Avagar - Omni-animator. Has learned how to bestow sentience and speech upon anything and everything. Quite the talent for interrogating doors, chairs, wallets, and spell foci.

Leader
JULIUS is his codename, of course. If he is even a man, and not some philosophical notion that's unbeknownst crept its way into the highest halls of secretive power. Nobody has ever seen Julius, and likely nobody ever will: he retains double-blinded separation from the rest of his Grey Stewards, communicating through encrypted notes, telepathy, or dead drop time capsules. He feeds the rest information, of which he appears to be in abundance.

One single agent engages with a problem initially, to lure out any real threats. All information is securely relayed to Julius, and coordinated through Julius to the others. Once any main threats are lured out into the open, they all spring on it at once from multiple angles. The Grey Stewards rarely know what the others are doing, they just know they'll run into each other more frequently than not. ONLY TRUST JULIUS. Nobody else.

Some say that there are seven members of the Association. Others say there are fourteen. Some twelve. A few say four. Others eleven. In truth, it depends how one counts. Which is the Association? The Hunters who compose it, or their Dream-quest Dragon Masks whose personalities dominate their physical bodies? It is both?

Hunters
The Black Spear - Intelligent Magical Spear. Tends to possess the bodies of tall long-armed remorseful newly-weds to steal them away in the night.
Suley - Talking Skull. Only real defense is his clever wit and a sharp bite, and perhaps all the favors he can leverage from various spirits. In life was the greatest hunter of his time, due to the relationships he built.
Boro - Hunter of Hunters. Wielder of the Unseen Blade. Never been seen before, except by his wife and presumably his mother.
Yamma - Buffalo Woman. Master of Riddles and Carnage. Known to take the form of a great horned beast of impenetrable skin. Rumored to be a princess. Those who cannot answer her riddles cannot bring her harm.
Gereh - Wielder of the God-Blessed Bow, the Eyes of the Roc, and the Teeth of the Lion. Destined on the day of his birth to become the "Richest Man on Earth", and has yet to materialize this guaranteed prophecy.
The Swordsman Jombo - Renowned fighter and duelist. A jovial character, outside of combat. "Married" to his four Dancing Swords, who he describes as jealous and petty. Draws them in reverse order of acquisition. His final and first wife/sword, "Scorned Wife", has supposedly only ever been drawn once, resulting in the Massacre of Blades.
Masks
Ooroo - The Mask of Gold Love. A charmer and a civilizer. Commands the gold-soaked dracolich by holding his heart hostage.
Cupa -  The Mask of Ended Swords. Authoritarian and Patriarchal. Any weapon that the mask or he touches with his bare hands is instantly destroyed.
Kijoo - The Mask of Stilled Hearts. Cruel and avaricious. Knows the Power Word: Stun, which induces instant heart attack.
Jari - The Mask of Measures. Stern, prone to sometimes rude insight. Innately knows the precise distance of anything in sight, the contents of anything heard, and the value of anything held.

Leader
Adama is said to be a direct patrilineal descendant of the very first man, and custodian of that original line of secrets and original names which passed from father to son since the dawn of humanity. He is most certainly one of the most powerful magicians and shapeshifters alive, probably a king in disguise, and quite possibly a dragon.

The Hunters themselves tend to be pretty straightforward when approaching problems. The Masks only come out for big threats. The Hunters are keepers of the knowledge of secret societies, many of them serving in multiple organizations, so they can marshal a number of fellow secret societies for their cause: the Bridge Keepers, the Sorcerer-Smiths, the Clerics of the Vengeful Wind, the Rivermen, the Manmakers.
The Hunters will leverage whatever expertise they have and frequently come up with solutions so ridiculously specific to the circumstance that one might think they're cheating.


The Crew of Joule Blackheart 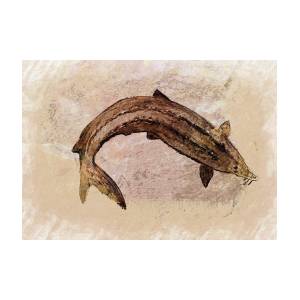 True freedom only exists at the height of power, so sayeth the prophetess Helen of the Free Tides, priestess of Liberty, scourge of the Warm Sea. Joule's crew take this to heart in the most Deadwindian way possible: by becoming the best darn dread pirates the seas and skies the world has ever known by piloting a massive flying sturgeon.

Quartermaster Brigs - Halberd Connoisseur. Maintains the world's largest collection of polearms and deadly-things-on-poles, such as: the deadly Mold on a Ten Foot Pole, the dangerous Poisonous Sea Urchin on a Ten Foot Pole, or the surprisingly lethal Plagued Dead Rat on a Ten Foot Pole.
Brigmaster Cook - Salty drugmeister. Crafts combat concoctions to keep the crew constantly lively and at their craziest. Has a signature drug called YARRR!, crafted from rare dragons' blood, which supposedly makes one's abilities proportional to one's belief in them. Supposedly keeps a dragon captive for the sole purpose of bleeding.
Cookmaster Mate - The Orc. THE Orc. The Orc's Orc. The Orc's Orc's Orc. The Orc of Orcs. The Orcist Orc. The Orc to End All Orcs. The Quintessential Orc. The Transcendental Orc. Cook.
First Mate Swain - Griot. Insanely smart. Musician, storyteller, keeper of lineages, Blackheart's lifelong bodyguard and administrative assistant. Has a perfect photographic and audible mimicry memory.
Boatswain Quarter - Technically not a bosun by trade. Actually a veterinarian. Holds dual-degrees in Monster Medicine and Transmutation, and has the world's most comprehensive collection of parasites.
Kornax, The Flying Sturgeon - A hearty product of the Deadwind Archipelago, tempered to toughness by the halberd-rains and tested against Tiamat's spawn. Large enough to field two decks and faster than the wind.

Leader
Captain Joule Blackheart is a bloody scourge and a royal pain in the ass. The royal part being literal: apparently he is a prince of Kobara, so far down in the line of favor that any chance at becoming Mansa is a virtual impossibility. Having been cut off and penniless, he decided to make his fortune on the waves, and has excelled in this regard.

They have a giant flying pirate ship sturgeon - that encompasses most of their tactics right there. Any threats open to the sky can expect any variation of bombardment known to man and wizard alike.

However, this is typically a second resort. It just so happens that the Captain is quite skilled in diplomacy, intimidation, and politics. All of the crew exists to support its captain so that he can make clear executive decisions. His crew tend to focus the captain's skills and power to a fine point - ensuring he's not susceptible to magic, checking sources, protecting his body, et cetera.
The Illuminating Fist 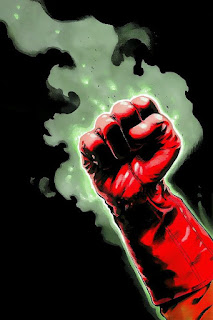 The Order of the Illuminating Fist has for centuries been a reclusive monastery devoted to achieving true martial, intellectual, and spiritual power. In these distant times, the monastery could indeed have rightfully claimed to have inherited the most potent traditions of power. Their monks trained heroes, kings, defeated demons, became emperors. Their influence was hegemonic, their forms righteous.
But it's been long since then. By the time their lands became subject to desertification, their traditions had long been superseded by those that arose among the nations of the south. Upon discovering their new relative weakness, the masters of the school decided to dissolve the Order and split up in order to part ways - each to study the techniques and societies of their rivals to ascertain the source of their power.
Each Master quests independently of the others, and is highly trained to make one's body a weapon.
Master Small - Diamond-Body. Master of the technique immovable form, allowing one to become an invulnerable Immovable Object. Befriended and trained with the orcs of Shadowmountain. Benefited greatly from the square-cubed law.
Master Ring - Ascetic Philosopher. Specialist of the technique freedom from, allowing one to sin without consequence. Acquired by observation of the various clerics of Deadwind, whose heterodoxic devotions exploit rivalries between the gods.
Master Middle - Drow Psychologist. Student of the technique psychology, allowing one to ascertain the weaknesses of a target by holding conversation with them. Infiltrated the chaos cults of Twilight City.
Master Index - Librarian and Esotericist. Practitioner of the techniques amnesia and allusion, allowing one to investigate mimetic plagues and knowledge-dependent hazards. Daughter of the previous Master Index, after she mysteriously disappeared while investigating a 4th dimensional conspiracy.
Leader
Master Pollux was the Grand Master of the Illuminating Fist order. Being the oldest and bravest among the Masters, he decided to take the most dangerous mission for himself: delving into the secrets of sovereignty itself, into Leviathan. This quest has led him into the terrible heart of darkness, to encounter horrors unthought of and languages perilous.
At the heart of Leviathan supposedly lies the Command Language, whose words none may disobey, save those who too know it. Perhaps Master Pollux was successful in his quest, or perhaps he failed and some pretender has taken his place. Either way he has failed to contact the other Masters, leaving the future leadership of the Order uncertain.
Modus Operandi
Use whichever Master's skills work best in the given situation. What one learns the others can learn quickly. Otherwise, they'll go for a direct confrontation.
at May 10, 2021