Herc Blooddeth, Psychonaut Barbarian, Breaker of All Things
Dalra Godkiller, Slayer of the Knowledge God, Thief Extraordinaire
The Plutonium Fist, The Prince of Pain
The Archwizard Galstad, Keeper of the Wand of Translocation
Nyarlathotep
Tom Groom, The Immortal Man
Eramus, Lord of All Hells

A Hydrada is this. They are the most Hydra of Hydras, from the Plane of Hydras. Its key function is that its bites produce Hydra heads from the wounds.

Party's going to the Infinite Discotech, seeking the source of funky beats emanating out into the Halfway Lobby. Upon throwing open the doors I need to roll and consult the "Who's Dancing?" table. A random hydra comes up. I roll on the hydra table. Hydrada. This'll be fun.

Hydrada is grooving out, having a good time (as are all things on the dance floor, as they are magically compelled to dance like nobody's watching). It feels hungry. Starting eating fellow dancers. Bites Tom Groom, who grows a hydrada head out of a wound on his shoulder. He charms it. The cleric now has a new friend.

The wizard Galstad decides he's had enough of this nonsense. Pulls out the Wand of Capital Translocation. Switches his head with a Hydrada's head. While his body (with hydra head) awkwardly falls over, trying to bite nearby dancers, Galstad sets forth in taking advantage of his new co-opted biology.

He then turns his gaze on the Hydrada itself, and begins self-cannibalizing. New Galstad heads start sprouting up all over the Hydrada's body. Since Hydras conserve mass, this forces its volume per head to decrease as more heads sprout up.

Hydrada is caught in an infinite self-cannibalization loop and is immobilized. There are several new Galstads created from bite-decapitating a few dancers earlier. 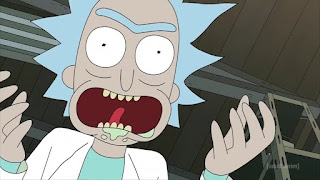 We figured that Galstad was basically Rick from Rick and Morty after that fight.

The monk, on the quest for ultimate power, decides to enter the Upgrade Machine.

It produces a superior Plutonium Fist. He then has this superior version fight the original to the death. Winner enters the Upgrade Machine.

Repeat for about 6 hours. 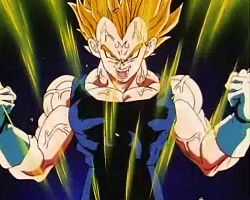 He made a duplicate earlier (who he had been playing while this was going on), The Anti-Plutonium Fists from the Negative Hotel.

Supersaiyan Plutonium Fist has an anime battle with Timothy Amherst, the level 10 Logarithmancer, and the Infinite Hydra, the only survivors of the blast.

Herc Blooddeth decides that he really wants that rotating disco ball skull causing everyone to dance in the Infinite Discotech.

Locally breaks the Law of Gravity to get it. He can break any mundane object, so getting the skull is trivial.

Proceeds to then lead a conga-line procession, with himself at the helm, of nihilistic Discomancers throughout the Infinity Hotel. They are now on a compulsive dancing warpath.

Like a groovy Genghis Khan, Herc leads the growing conga-line to unify the factions of Halfway under The Party Banner, like a gyrating, sweaty game of Snake.

And so the Groovy Scourge of the Multiverse cemented his legend. Who needs ultimate power when you control The Beat?

The party encounters the Gigamancer. Gigamancer, the crazy loon that he is, decides to summon one billion vaping guys named Chad. Soon the entire facility is littered, for miles and miles, with vaping dudes named Chad.

Aspect of Nyarlathotep decides to mind control these creatures to further its incomprehensible agenda. Succeeds. We figured that Chads are a hive mind. He now controls them all. An army of vaping guys named Chad.

Chads are used like disposable gloves. A great culling of Chads begins. Tidal waves of Chads. Impenetrable hazes of vape.

This eventually puts the group at conflict with Alpha, the Technomancer's God. A bargain is struck. Alpha requires 363,648,342 Chads for its own purposes. Aspect of Nyarlathotep agrees.

Alpha then proceeds to march this army of mind slave Chads into the Opposite Machine. We, for whatever reason, decide that the Opposite of a Chad is James Dean. Because James Dean is cool, and Chad is not.

There are now mind controlled Chads AND an army of James Deans just about everywhere.

This culminates in the Great Chad-Dean War, which will go down forever in history.

The party encounters Oolox the Phlegmatic.

Oolox has the active power of Resolution Dithering. Anything against her never actually comes around to what the players intend to do. Every time they try I basically dither on and on. Forever.

After several prodding attempts, Eramus (played by my friend Joe, who was in the Army), decides that he's had enough of this nonsense.

"I summon forth the cruelest of my demonic minions! I want a host of Bureaucrats to provide this foe with paperwork... All from the V.A."

Gasps around the room. This is basically the new nuclear option.

And that's how Oolox was forever stuck in a forever paperwork feedback loop.

Session 4
"I break the Law of Dramatic Irony", and Tom Groom Awakens the Pain Machine

Chekhov's Gun is a bitch. It will kill anything it shoots at, no save. It also must be fired before the "scene" ends, or else is misfires and kills a random person.

Party knew this (or was directly told, anyway), fails to fire the gun. There's nobody but the party in the room. It's going to kill one of them.

"I break the Law of Dramatic Irony." says Herc Blooddeth.

I (me, the GM) have little idea what this means.

See, there are so many possibilities in the Infinity Hotel that a GM cannot reasonably comprehend or prepare for them all. So when some sort of logic fuckery inevitably happens, we usually resolve it with friendly discussion and debate.

He went on to explain that Dramatic Irony is when there is an ironic disparity between knowledge that characters know and the audience knows.

There are three stages to this*. Installation, Exploitation, and Resolution.

By Law of Dramatic Irony, we had had the first two stages. The Chekhov's Gun was revealed. Its mechanism unveiled. Only the Resolution was left.

"I break the Law of Dramatic Irony" he says. "Obviously, with the Law broken, Resolution is no longer a guarantee. See, there's no reason for the Gun to go off anymore, is there?"

I can't argue with that logic. Crisis averted!

(They also could have just shot Tom Groom. Every time he dies he just instantly reincarnates as another creature. But then Herc couldn't have pulled off the most cunning maneuver yet seen in the Infinity Hotel.)

Party's going through Technomancer territory. They charmed and sent forth a Sword Hydra ahead of them to clear the way.

In a bloodied giblet-strewn dormitory, they come across a box on the ground.

It is labeled "The Pain Machine".

This is an Alpha-Technomancer marvel. It is a small metal box with a big red button atop. Its sole purpose is to feel pain when the button is pushed. It has no other functions or inputs/outputs.

I roll on the table for the Pain Machine. This one has been duct-taped into the 'pushed' position.

The players get a chuckle out of this. It's just the sort of horrible nihilistic philosophical nonsense that makes The Infinity Hotel fun.

See, for this session I gave Tom Groom the ability to cast Awaken on any object, at will.

It was an excellent decision.

"Y'know...", says Herc Blooddeth, "I'm a little afraid that if we Awaken it, it'll just start screaming in existential dread."

So he bestows sentience to The Pain Machine. I start screaming.

After a bit of fumbling about with the poor thing, all the while I'm roleplaying this poor little box, horrified at its own existence, Tom Groom 'accidentally' drops it down a gutter.

Oh well, no reaching it now!