Two Hobbesian uber-monsters for your consideration. 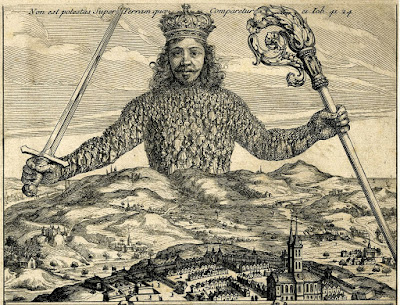 (It's hard to imagine that at some point someone un-ironically was like: "Yeah! This is the ultimate Good. This is the ideal metaphor for my suggested State. This amalgam of seeing-no-evil people-bodied war colossus!")

There comes a time in a nation's history when its political institutions align just so. When power becomes focused to the keenest edge. When the Social Contract gives birth to a monstrosity of Man so powerful that it cannot be unwritten.

It is called several things, in many languages: The Mortal God, The Sovereign State, Giant Despair*, The Colossus, The Parliament of Many, The Archangel of Man.

But above all, Leviathan.

A towering mass, its body formed by the people of a nation, brought together by a Sovereign for the explicit purpose of bringing the nation's power to a point - for weal or woe. It wades through the land as if trudging waist-high through a muddy marsh, dragging up people and place to add to its power.

It is a grotesque monstrosity, formed by the conglomerated institutions of The Sovereign (at minimum two). Places of Politic form its torso. Where the midsection meets the ground it is made of fortresses, banks, offices of State. Further up along it is made of armies and courts - its arms: knights, soldiers, engines of death; its two right hands: judges, juries, and magistrates. Its chest is of churches and universities, bishops and chancellors, and its crown a palace. Its face is the cold serene face of The Sovereign. Its bones of the materials of war. Its skin, its flesh, is made of people, ignorant of their fate, gazing not upon the destruction their avatar has wrought. They gaze only towards The Sovereign, standing or kneeling in prayer.

The people know not what they do. Nobody ever remembers Leviathan or its form. None except the Mad, and the Sovereign himself.

To the people, it's as if a time of difficulty came then passed. The Sovereign came through. The Social Contract is redeemed. All is now safe and secure. They return home when it is done, none the wiser.

Or, perhaps, a horrible defeat, if one is on the receiving end of Leviathan. Victory snatched away and replaced with crushing powerlessness. The Death of Hope. The End, now doomed to be forgotten. Nobody writes history for the victims of Leviathan. They are obliterated by the most powerful weapon of State. 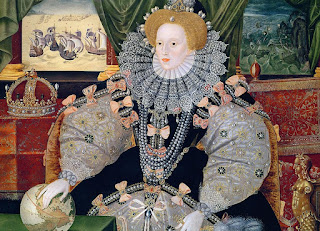 (Leviathan, before and after) 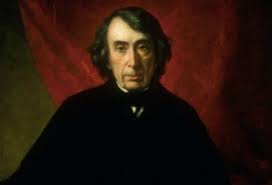 (Leviathan, at its peak of power, is never used for Good.) 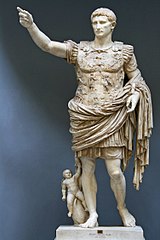 (Leviathan, imagine from the waist up.)

Leviathan need not be conjured merely to defeat an army. It has many uses and many forms. It is capable of weaponizing the Pen as well as the Sword. Its power can be focused on Courts as well as Battlefields, on Debates as well as Tribunals, and in Speeches as well as Executions.

It takes a Sovereign to form. Building a Sovereign takes time. Focusing societal/political power takes time. It takes a cunning and Machiavellian Wizard or Cleric, or many political Wizards or Clerics, years and years, perhaps generations to produce the circumstances that may create a Sovereign. Conscious state-builders devote their lives and their souls towards the destiny of the Sovereign that they will never themselves witness. It requires the devotion of many, but not All.

It grants unfathomable power, rivaling that of a god. Besides its giant stature, ultimate weapons, its aura of collective amnesia, and its powers of destiny, it has some divine spells in its arsenal unique to it and gods:

All hope would be lost, except there is a catch. No Sovereign rules forever. No legacy forever remains unforgotten. Concentrating the power of a nation all to a single point has a risk, no matter how small it may seem.

If Leviathan is somehow defeated, the loss will be great. So great will be its defeat that the nation will disappear forever. Nothing will be left. No history of its deeds, no memory of its people, no remnants of its culture. Absolutely nothing except a name. A name of the Sovereign and a vague notion that perhaps it was once great, but no longer.

It is not impossible to defeat Leviathan, although it is hard. Inhumanly difficult. With another Leviathan it is possible, although getting two to meet in a Clash of Civilizations is difficult to plan. Such things occur rarely even on the scale of civilizational time.

Without Leviathan, it is virtually impossible, but perhaps legendary heroes can succeed, with the help of gods.

First, one must elude its call to action, and save against its amnesiatic proclamations. The easiest way is to make oneself Mad.

Next, you must evade its gaze, for none can resist the its spells when so directly given.

After that, you must make your way inside. Through castles and libraries, squeezing through hallways of wood and stone, occupied by praying peasants, soldiers, clergy, academics who form its denizens, and sometimes its walls, ceilings, and floors. They will attack you like host cells attacking an invader, reaching from all angles to tear you apart with hand and tool.

Then, you must make your way to the head. Behind the face sits The Sovereign on the Throne of Power, surrounded by his lieutenants and protectors, all of whom will fight to the death to protect him. You must kill the Sovereign, or otherwise detach him from the mass. Only then will Leviathan fall into ruin.

To kill the Mortal God is to become god, or else summon forth Behemoth. The world cannot abide a mortal godkiller, and so its killer must become a god or bring incalculable ruin. This is not as easy as it sounds, for immortal gods yearn the peace of death, and will tell you so.

It's said that the goddess Liberty on the Island of Deadwind is capable of forming Anti-Leviathan, a colossus of Anti-State in her visage, with two left hands and upside-down head, wielding spear/musket in one hand and torch in the other.

Though, some would correctly question whether Anti-Leviathan is merely Leviathan masquerading. Liberty, for all of her rhetoric and vision, fits the glove of Sovereign better than most.

* These three names and more lifted from this article, which served as an inspiration for this post.

Its counterpart, Behemoth, is the embodiment of the chaotic Civil War. Formed in times of penultimate strife, when Chaos reigns and cackles, when all notions of loyalty and honor are discarded and all exemplars of such have hung. When the bodies go unburied by the churchload and babies starve, discarded, in the streets, the Behemoth will rise.

A roiling mass of bodies and earth, the very embodiment of chaos. Brother turned against brother, sons against fathers, women eating the flesh of their children fresh from the womb. All pressed together into a porous flailing mass of betrayal and agony. The disconnected bodies and limbs, the faces of the agonized will wail and cry that All may hear.

With numerous long many-jointed limbs it ascends from the soul-seeded muck, dragging its lumbering belly across the land, shedding corpses and freshly-minted cripples like wet roiling dandruff, calling to all with its malevolent and enticing song.

And people come, though they won't remember it.

Behemoth will destroy Everything. All that it can. Without reason.

If prophecy so proclaims, it seeks Leviathan to do battle once again, though this signals the End of the World. The Last Battle. The End.

To the blissfully ignorant Behemoth is as War and Pestilence swept the people up. To the Mad it is Horror Unforgettable - as if God had forsaken Covenant and made a machine to cleanse the earth once more. It is as The Flood, the Apocalypse. It is the State of Nature: violent death - solitary, poor, nasty, brutish, and mercifully short.